With both established and emerging designers launching menswear lines, this edition of Lakmé Fashion Week saw more menswear than any of the previous seasons. From street style, swimwear to couture, let us explore what LFW Winter-Festive 2016 had to offer for men. 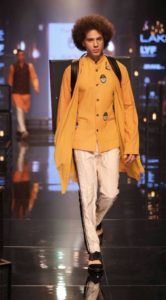 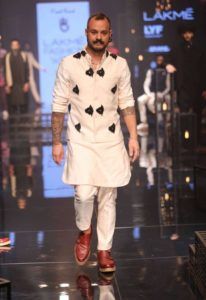 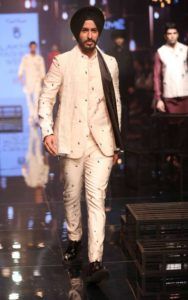 From a designer who focuses only on menswear apparel, we saw the collection titled ‘Role play’ which offered sherwanis, kurtas, bandis and jackets. The collection stayed true to Rawal’s aesthetics depicting flavour of today’s India and his singular beaten, clean style. Actor Ranbir Kapoor walked down the ramp as showstopper. 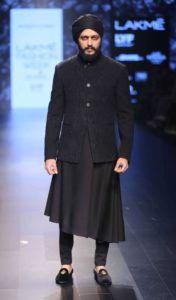 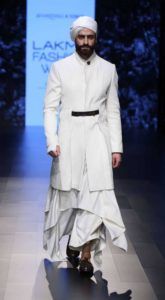 Showcasing the menswear separately from women, the sophisticated clothmakers showcased a dramatic ‘Mutiny 1919’ collection. One for the alpha Indian man, the collection comprised draped and layered separates in crisp silhouettes and sharp cuts. It included kurtas, belted coats, jackets and a hint of fur in accessories. 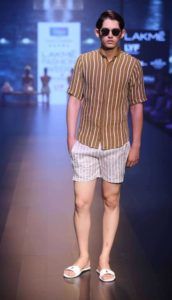 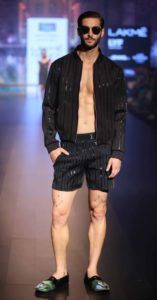 Think swimwear and the duo comes to mind in an instant! Shivan and Narresh launched their highly-anticipated men’s resort wear line with classic swim trunks, shorts, bomber jackets and polos in playful colours. 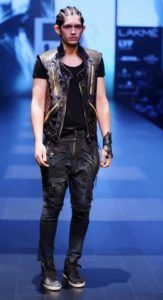 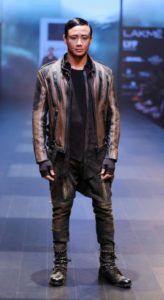 This punk new-age designer showcased a truly edgy collection of heavy outerwear. This era’s Mick Jaggers and rugged bikers are sure to be pleased with the collection consisting of embellished leather jackets and trousers.

Nought One by Abhishek Paatni Here’s a name to watch out for. Not cringing at the idea of androgyny for men, Paatni’s brand put up an effortless show of luxe street wear comprising quilted, padded jackets, tunics, bombers paired with drop crotch Bermuda shorts, military-inspired rider jackets with pocketed joggers in blacks, greys, whites and blues. Although highly experimental, the clothes are easy and wearable.

As the most anticipated fashion event in the country - Lakmé Fashion Week - comes ...

In varied forms, Navratri is celebrated across the country. Kolkata, and the rest of Bengal, ...

A Quiet Style: In Conversation with Wendell Rodricks

My first memory of Wendell Rodricks was meeting him at a fashion show in Kolkata ...