My first memory of Wendell Rodricks was meeting him at a fashion show in Kolkata in 2003.I was in awe of him and enchanted with his collection. His designs were dream-like and ethereal, as if the fabrics whispered as the models glided on the ramp. It was mesmerising to watch. For a design student, it was a dream come true.

Cut to now, 13 years and many stunning collections later, I caught up with Rodricks in the wake of a new zeitgeist for the label. I indulge myself in a fan moment with this interview. Though I have about100 questions in mind, I’m blessed to have a few answered. When Rodricks began in 1990, minimalism was rare in this part of the globe, a high fashion genre rather than mainstream clothing culture. Three collections later, the designer’s choice of linens, cottons, and Indian silk, began to leave their mark slowly but gracefully.

Indian women love their embellishments and heavy embroidery. Rodricks, however, defines the beauty of a woman in simplistic fashion-minimalism with a shimmering of shringar and adornment. His driving force behind the brand lies in utility, comfort, and transitioning designer wear from occasional to regular.

He talks about his inspiration with poetic finesse, “An emotion inspires me. I must be moved to the core of my soul to create a collection. It can be as abstract as the sea breeze or a piece of music. But most often it is something visual. A painting or a scene from nature. Fashion inspiration is taking what one sees with the inner eye and creating something starkly different from the way others see the same object”.

Notoriously known for being partial to having beautiful dusky women showcasing his label, he believes that real Indian women are just that. His designs have been modelled by gorgeous dusky women, from Madhu Sapre to Deepika Padukone, and in 1995, his design was shot by Mario Testino on supermodel Helena Christensen. 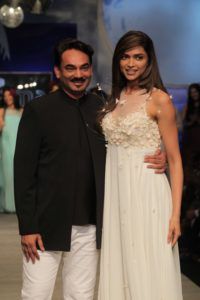 As the first Indian designer invited to the renowned garment fair at IGEDO, Dusseldorf, 1995, Rodricks’ designs on Helena Christensen. Photgraphed by Mario Testino

Rodricks’s personal style icon is Coco Chanel, torchbearer to the desires of the modern woman, who gave us everything from a hair band to mysterious perfumes, jackets to a tan, short hair to two toned shoes.

As Bollywood-driven as we may be, he insists they do not circle around the concept of clothing. Applauding the rise of new-age indie labels, he says that is the best aspect of fashion – a space for everyone. “It is important that we embrace all styles in such a diverse culture as ours,” he says. 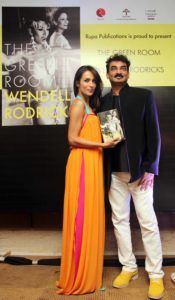 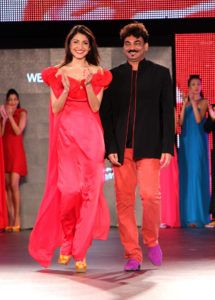 The talented Schulen Fernandes, his protégée and successor, finds herself having to fit in extraordinarily large shoes. He begs to differ. She seems to have an uncanny similar style to his DNA. “One can look forward to a surge of creativity and many new ideas from Schulen for the label,” he says. After watching her work on previous collections, he gave her free reign over the Trapezoid collection showcased at Lakme Fashion Week Winter-Festive 2016. In his words, “My advice to Schulen would be to be true to the Wendell Rodricks philosophy but to bring her personal space and youth into the label. But from now on, I am giving her wings and not advice”. 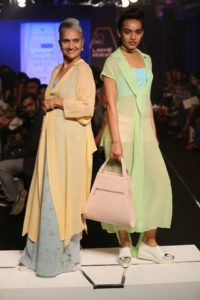 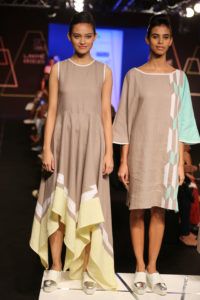 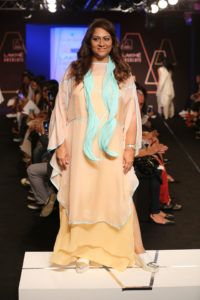 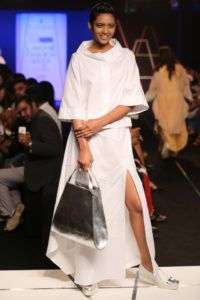 The fashion guru comes down to the rules of fashion and style. He believes fashion and style are two different beings. Whereas one is accepted and worn by a majority at a given point in time, the other is a personal expression. More important than fashion, he emphasises style carries a personal statement, always evolving and continues to be a part of one’s life.

Advice for Stylists Keep it simple and focused. Understand the psyche of the client/person and work with them without changing their true personality.

As a true advocate of fashion democracy, Rodricks finishes with an encouragement for everyone to be their own personal stylist and enjoy fashion.

Works as Style Director and Senior Consultant at Elanstreet. Leather jackets are her favourites.Eccentric thinker,she finds structure in chaos.A hip-hop addict,you may find her with headphones and sipping something hot! Style on Wheels: How To Pack For A Road Trip

Nothing says long weekend like getting out of town. Gearing up for road trips to least known and lea

In varied forms, Navratri is celebrated across the country. Kolkata, and the rest of Bengal, comes a

HOW TO BE AT PAR WITH YOUR BRIDE AT YOUR WEDDING

Weddings preparations can go on, and on, and it really isn’t done until you’ve exchanged ...

We all come in different shapes and sizes. Each of us is unique — and so are ...