Extravagant furs, plush embroideries, ethereal gowns, rustic armours, long capes and graceful accessories. Game of Thrones may be the most downloaded series of all times, but it isn’t merely the plot (and deaths by the dozen) that keeps audiences hooked. The stunning costumes of the period drama have their own formidable fan following.

If you are a fan of TV series and you have to create a nice space to relax and watch tv, using a ceiling mount for tv will add an special touch and also will save you space.

When a period drama is involved—fantasy or biopic—costumes can make or break the show. Game of Thrones offers a feast for the eyes, from the dark caped soldiers of the Night’s Watch to the flowy gowns worn by the ladies of South. Having influenced fashion since Fall 2012, when Helmut Lang’s fur and leather layering was noted for its similarities with GOT, the show has played muse to labels like Fendi, Alexander Mcqueen, and Dolce and Gabbana. The influence goes beyond high fashion. Look online and you’re sure to find GOT-inspired metallic brooches and lapel pins for sale. Pick your house trimmings!

Game of Thrones isn’t the only show that has recently made its mark. The wildly popular Downton Abbey, which can be watched with the use of apps such as screen mirroring, a historical drama set in post Edwardian England, had fashion addicts swooning over the chic headbands, coiffed hair, and an aristocratic way of life that is so elusive in the contemporary world. Marc Jacobs is said to be a self-confessed fan of the show, drawing Edwardian influences in his 2012 collection.

Talking about Downton Abbey, we cannot possibly not mention Mad Men, set in the New York of ’60s. Plaids, polka dots, and body hugging dressed were suddenly in the show and on the runway. This was one show which influenced how men dressed as well, thanks to the handsome Don Draper (Jon Hamm) with his suits, neck ties, pocket squares and occasionally a fedora.

With a plethora of television influences, the variety to choose from is larger than ever. Like Bill Cunningham once put it, “Fashion is the armour to survive the reality of everyday life”.

Be sure to survive it in style! 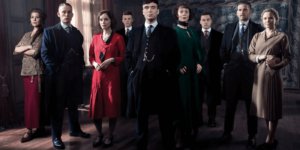 Peaky Blinders: Cillian Murphy is reason enough to add this show to your list. 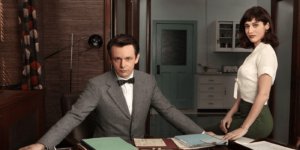 Masters of Sex: Thoughtful and provocative, this show is filled with powerhouse performances. 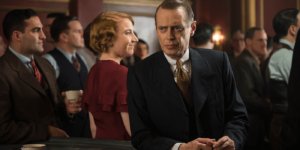 Boardwalk Empire: Mixing facts with fiction, this show a work of art. 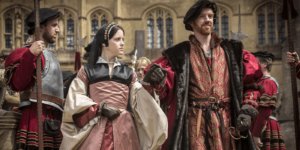 ‘A woman with good shoes is never ugly.’ – Coco Chanel

They are young, they are lively, and they are here! Sounds familiar? Well, consider this: They are a

The top 10 most fashionable episodes of Game of Thrones

While there is a whale of a plot-line going on in HBO’s fantasy drama series ...

Tres Chic: 2 Day to Night Looks for the Weekend

The first leg of festivals may be over, but we are in no mood to ...

Rise and shine, ladies! It’s another day at work. We hope you have a dream job ...