London Fashion Week began with a now traditional ritual, a reception at 10 Downing Street hosted this year by Prime Minister Theresa May herself. May’s love for fashion is well-known, and she hosted the evening extending her support to the fashion industry that contributed £28bn pounds to the British economy in 2015. The event set the mood for the whole week – an occasion for celebrating great design, the long hours behind every presentation, and the teams which give it their all to make the shows a success. LFW after all, is one of the most, influential fashion weeks in the world, showcasing some of the edgiest design labels and aesthetics in the industry. Case in point: Burberry’s see-now-buy-now show brought artisans and moodboards to the venue, the collection expressing a succinct gender-bending message. Inspired by Virginia Woolf’s Orlando, the poetic collection—high collars, coats cinched at the waist, and straight trousers—was made available for immediate purchase. Topshop Unique followed the format, offering show merchandise at the venue.

Versus Versace, the fashion house’s diffusion label saw Donatella Versace confront the darker side of fashion. Spring did not deter her from presenting a punk influenced collection which presented a series of jackets among other coordinates. 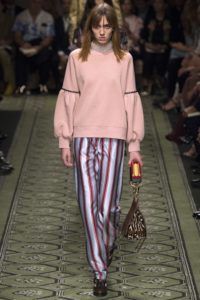 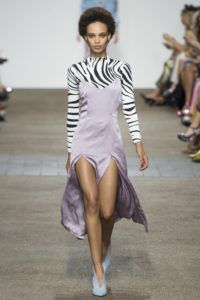 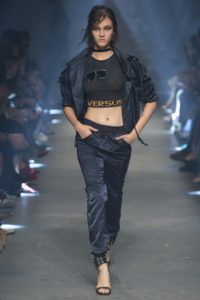 Anya Hindmarch’s love for stagecraft was apparent in her amphitheatrical ramp. With months of craftsmanship behind each accessory, her collection was a fashion enthusiast’s dream. Erdem found an equally dramatic inspiration, his patterned play of dresses and fitting hats inspired by a British lady-in-waiting’s wardrobe lost at sea in the 17th-century. A theatrical approach was also evident on Ryan Lo‘s streamer-decked runway and make-up inspiration. 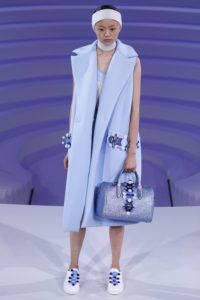 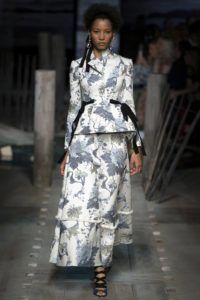 Christopher Kane was the season’s rebellious kid, celebrating a decade in the industry with an unexpected show. Though the marble print Crocs accompanying the outfits left many in the audience uncertain, Kane’s defiant presentation asserted that innovation is not limited to things of beauty.

Defiance of conventional ideas manifested in many shows. Take for instance the old cliché of spring florals. But at Preen by Thornton Bregazzi, models waltzed with flowers on their faces while the collection referenced witchcraft. Following close was Peter Pilotto, with a show outlining tropical tendencies, and Paul Smith crafted an ode to the wild with daisies and grass adorning the runway. 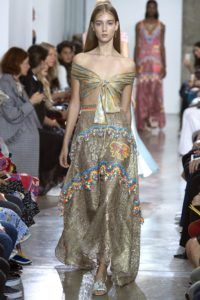 Some popular faces in attendance included Cara and Poppy Delavingne, Daisy Lowe, Jenna Coleman, Edie Campbell, Jourdan Dunn, and Zayn Malik and Gigi Hadid. Outside, street style stars ruled the roost with fashion director Yasmin Sewell leading the way. Now with the start of Milan Fashion Week, one can only hope that the festive spirit of London Fashion Week will linger and transform into a more dynamic movement at the next fashion capital. Fingers crossed!

Rise and shine, ladies! It’s another day at work. We hope you have a dream job and love every min

As the 7th India Runway Week<

The twelfth edition of London fashion week menswear Autumn Winter event drew to a close on ...

FASHION TRENDS 2018: WHAT TO EMBRACE AND TO AVOID

Amidst all the political turmoil of last year, was one question directed exclusively towards the ...