The 60’s aka Swinging Sixties was an era of more flexibility and freedom to Women in fashion choices and other aspects. 1960’s saw a major shift in fashion from the 1950’s but some styles still made their way through the 60’s too. This era marks as one of the remarkable eras in the fashion history and why wouldn’t it? After all icons like Jackie Kennedy, Brigitte Bardot and Twiggy were a major style inspiration for Women in this era. Because fashion was influenced by these icons and not by designers or manufacturers anymore, this changed the fashion scenario ever since 1960’s. 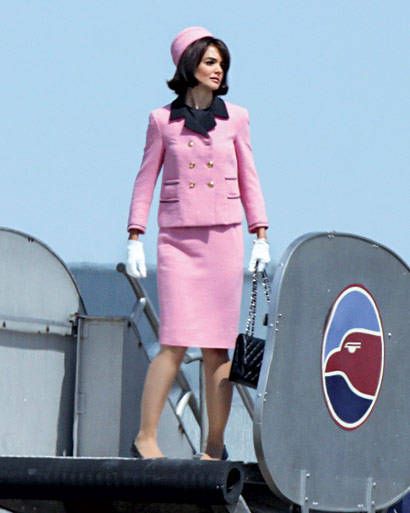 Dresses became shorter in length above knee, Women loved showing off their legs. Swing dresses did not skim over the body but pinched in the ribs and slight A-line from the hip. Shift dress became very popular among young women and is still a popular dress style. Prints and colors became a big part of a 60’s dress it would incorporate patterns like Color block, psychedelic prints, geometric prints and quirky prints. Baby doll dress was also very popular among young adults bringing back a taste of their childhood; the dresses resembled that of a toddlers dress, a loose fitted empire waist dress and length ending above the knee. 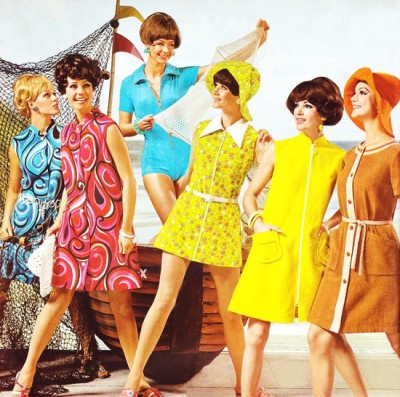 Due to the sudden drift to short skirts and dresses women found it hard to wear stocking beneath a short dress and that’s when tights came into fashion. Women loved carrying a good color tight matching to their dress. Vivid colors like purple, yellow, green, and orange were famously paired with dresses and mini skirts. 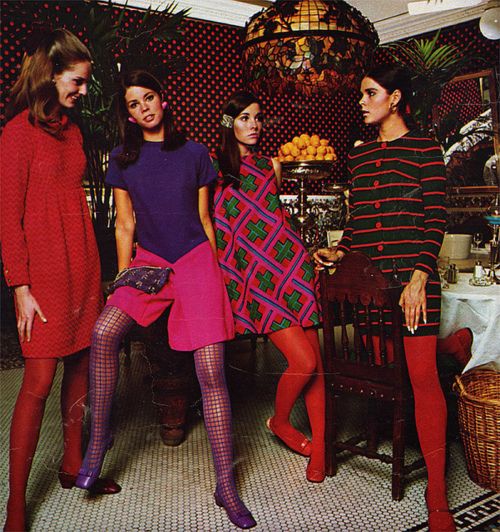 The mini skirt was born out of a youth culture movement in the late 60’s, when teens did not want to dress like their parents anymore. The designer Mary Quant, who was known for designing styles like short dresses and skirts, is said to be the first one to introduce young Women to Mini Skirt. Only a visionary like her could make this possible breaking the societal norms. Young college girls loved this style as they paired it with tights and go-go boots. 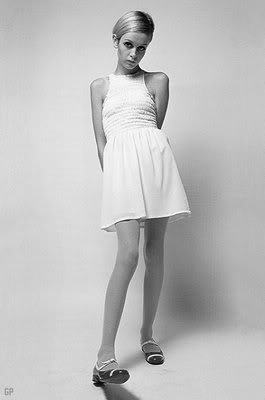 Hippie culture was derived from the youth movement, rebelling against the society for peace and against consumerism. The Hippie culture was focused on getting back to nature, which was shown through their lifestyle and clothing choices. Their outfits were loose and made out of natural fibers like hemp or cotton. Women wore peasant blouses with bell-bottom jeans, mini skirts, kaftans or loose peasant dresses. Floral and tie-dye prints were two of the most popular prints in hippie clothing. Psychedelic prints, Op art, Paisley print and stripes. They wore a peace pendant as a symbol to support peace. Their clothing was recycled from old fabric and jewelry was handmade. 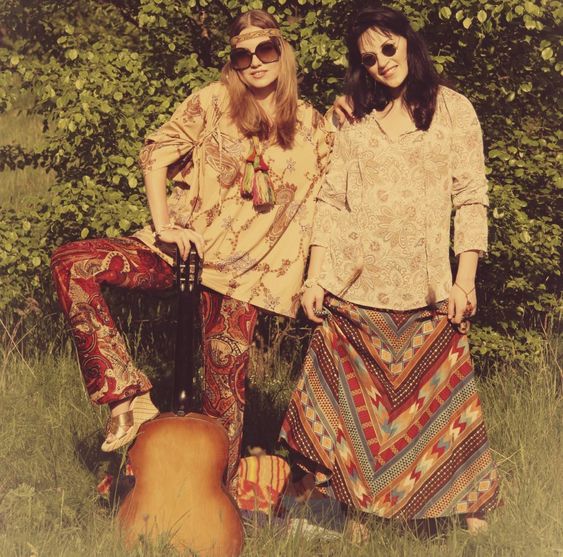 Mod fashion and Beatnik fashion also played a huge role in influencing the fashion in the 1960’s.

Women in the 60’s era kept it simple with Pale skin and freckles. Drawn on eyelashes, thin brows and pink or orange-red lips. Women with long hair liked to style it straight or in beehive style. Women with short hair preferred pixie cut or bob cut. In today's busy life, everyone is a multitasker. People who worked i

How often do you catch yourself binging on junk food while working or scrolling through ...

Innovative Furniture for Your Home

Home is like our paradise and we are always eager to make them all comfortable. ...

Fitness is one of the keys to a successful life. Stay healthy & stay fit- ...