‘Nóubliez pas que je joue’ reads the title of the book written by Sonia Rykiel. In translation: Don’t Forget It’s A Game. For the woman heralded as the ‘Queen of Knitwear’, it was indeed an exhilarating game. Sonia Rykiel, the leading designer in knitwear who self-confessedly didn’t know how to knit, passed away on 25th August in 2016, but not before she had revolutionized fashion in her own terms. In an era of fashion predominated by haute couture, Rykiel was a pioneer of prêt clothing. Born in 1930, Sonia Rykiel established her eponymous label in 1968 after designing clothes for herself when she was unable to find the right kind in the market. Later, she would go on to describe it: “First I made a dress because I was pregnant and I wanted to be the most beautiful pregnant woman. Then I made a sweater because I wanted to have one that wasn’t like anyone else’s.”

Image Source: Sonia Rykiel’s design on the cover of Elle in 1963

She was the first to bring a touch of striking sartorial style to closets worldwide by boldly putting slogans across her sweaters (think ‘SENSUOUS’) and modishly flaunting the inside out seams because to her they evoked “the beauty of a cathedral”. Her ready to wear style and her striped, ribbed sweaters were a hit among film royalty and the masses alike; after all, wearing a sweater had never been this stylish yet untroubled before. Also known as the ‘Poor Boy’ sweater, the attire that emphasized on a minimalist design with clean cuts was an instant rage, so much so that Audrey Hepburn is said to have bought more than a dozen of them after seeing the trending sweater on Elle magazine’s cover. The legacy she has left behind is unlike any other; Sonia Rykiel introduced entire generations to the world of prêt-a-porter and liberated women with her free and relaxed design philosophy. The creative director for the label, Julie de Libran, continues to be inspired by the brand she helms. At the Spring 2017 runway which was the first for the label after Rykiel’s demise, there was a touching tribute to the designer as models walked and stood in clothing that spelled RYKIEL FOREVER. Forever, indeed. 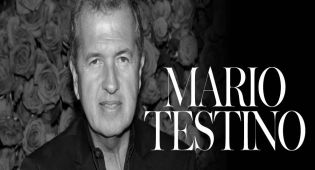 MARIO TESTINO...PHOTOGRAPHER TO THE STARS! 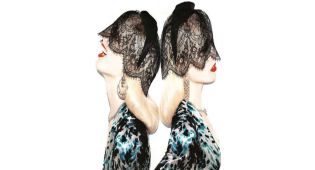 Represented by the the twins, Geminis are witty, charming and adventurous. Expressive and quick-w

The style capital – Paris / On the stylish streets of Pareé

My search for ‘Je ne sais quoi’ began on the streets of Paris. I was ...

Imagine clothing that can be easily adjusted and shaped to whatever you prefer it to ...