” I always wanted to be a designer. I read books on fashion from the age of 12.”

Knowing the late designer and his creations, we wouldn’t have it any other way either. With dramatic flair and a penchant for turning everything he touched into an object of beauty, McQueen was touted as one of the best designers in the fraternity. As he once famously said, “Give me time and I’ll give you a revolution.”

Lee Alexander McQueen died on the 11th of February in 2010, and though the time he had wasn’t enough, a revolution was most certainly inspired. With humble beginnings, Lee McQueen, as he was earlier known, dropped out of school to start as an apprentice at Saville Row, known for its high-end tailoring techniques and finishes. The methods he learnt here said to have served him long after he left. After assisting designers such as Koji Tatsuno and later Romeo Gigli in Milan, McQueen went to pursue his Masters degree from Central Saint Martins. His graduation project, uniquely inspired by Jack the Ripper, was bought in entirety by Isabella Blow, then an assistant herself who went to become a fashion editor, his mentor and friend in the years that followed. A still from “Jack the Ripper” collection

As he climbed up the ladders of fashion and design, one thing became certain: Alexander McQueen, as he came to be popularly known, was obsessed with depicting fashion in term of theatrics. Proving his metal in the shows that followed, McQueen’s presentations and the elements of drama led him to be known as the ’enfant terrible’ of fashion.

Glass enclosed spaces for runways, clowns, feathers in plenty, tributes to widows of wars and to his own origins were few of the many times Alexander McQueen showed an inclination for turning inspiration into sublime works of art.

For his show titled ‘Voss’, McQueen had models walk inside a glass case 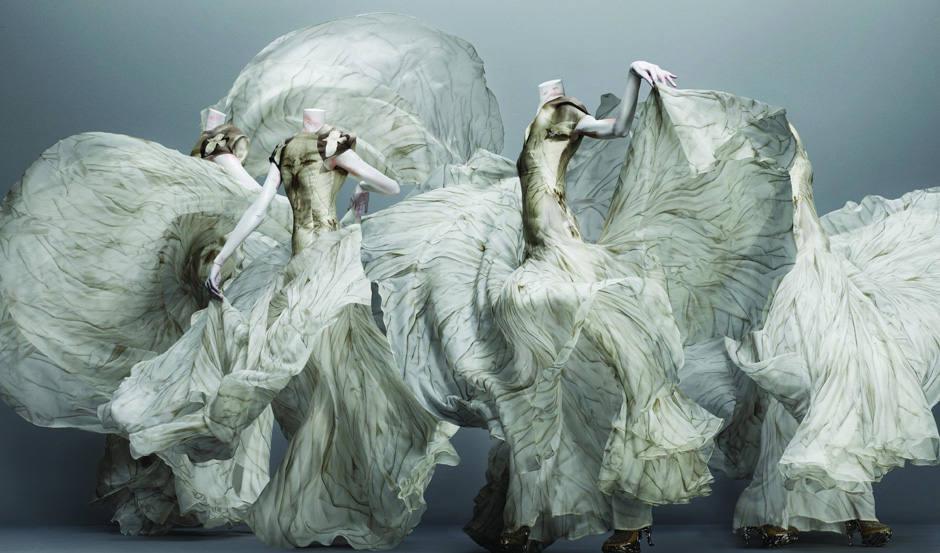 Inspired, eccentric and peculiar, Alexander McQueen has his own ways, ones which changed the way we see fashion. Such is his impact that even after his sudden demise, his label only continues to go forward. In 2011, the Met Gala organised an exhibition named ‘Savage Beauty’, displaying numerous costumes by the designer. A book by Judith Watt

It’s not just the Metropolitan Museum of Art that reminisced about him; books, relics and even motion pictures in the making lie ahead to shed light on his work and musings. 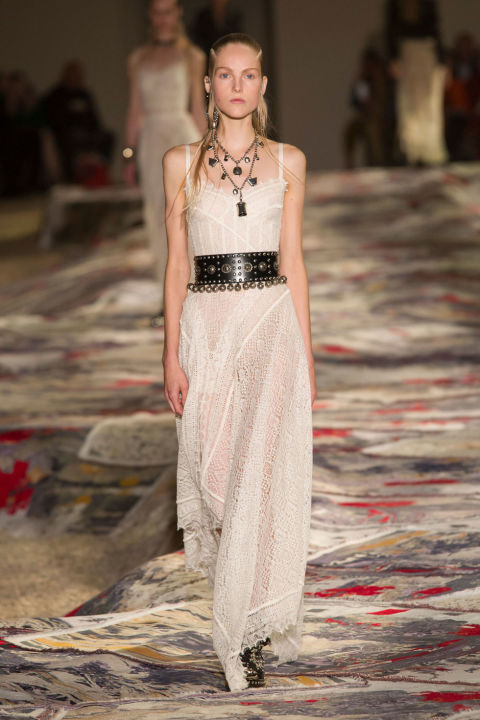 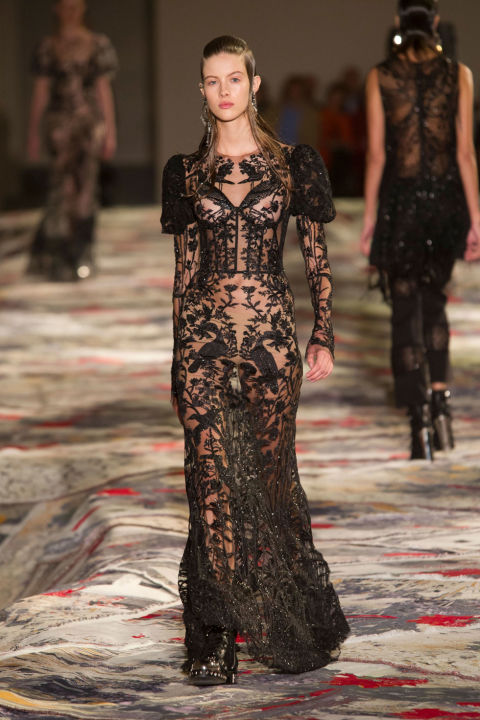 Alexander McQueen, the British design house, continues to function successfully under creative director Sarah Burton, who worked closely with the designer himself.

With his vivid depictions and wild takes on couture, Alexander McQueen opened new doors to unseen fashion, ones that refuse to falter even when he’s gone. 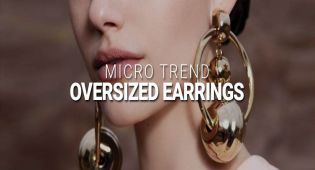 Make sure to be in the spotlight of spring summer 17, with the biggest jewellery trend this year- 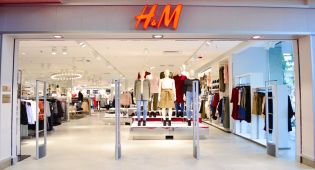 On the 9th of March, fashion enthusiasts across the city gathered at 1MG-Lido Mall to celebrate the