The Netflix show, Assassination of Gianni Versace gave us a glimpse into the disturbed mind of Andrew Cunanan, played brilliantly by the actor Darren Chris, the show also showed us the genius of Gianni Versace. How his ethics reflected in his designs.

You could see his love for the opera and theatre in his designs. He created bold, colourful almost costume-like designs that followed no norms. One of his many accomplishments is the creation of the fabric Oroton, it’s a metal mesh fabric, which exudes a beautiful metallic shimmer while being lightweight, perfect for draping.

His designs became synonymous with sex appeal. He didn’t create outfits for the demure. He often used elements of bondage or peek-a-boo display of skin which was out there. His menswear was bold, breaking away from the traditional silhouettes; he created pieces that were dramatic attracting the attention of eccentric, offbeat personas and the fashionable gay community.

Let’s have a look at top designs that made news and how! 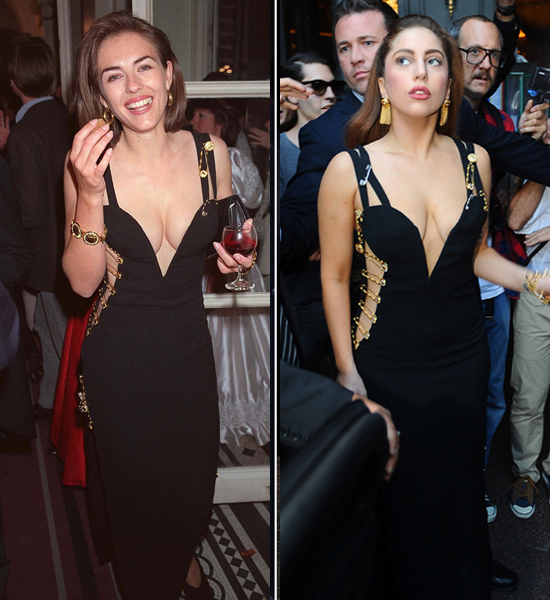 Who can forget the dress that put Liz Hurley on the map, she had arrived! The dress was scandalous and unapologetically sexy, slit to her upper thigh; a slash inching towards her breasts held together by gorgeous golden pins – trademark Versace!

Versace’s 1991 collection that featured Marilyn Monroe pop art dress, on Naomi Campbell. It was dubbed the “Andy Warhol Marilyn Dress” for its references to pop art. The dress has found a home at the MET since 1993. 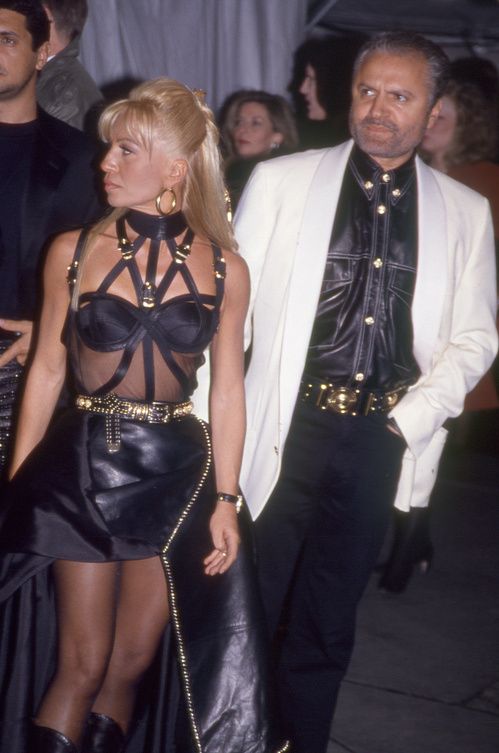 Versace took risks, and one of those was making a grand entrance at the 100th Vogue anniversary party with his sister Donatella by his side wear the gorgeous corset made of leather belts with bold golden embellishments – this was bondage gone mainstream. The Spring’91 campaign was truly one of the first testaments to what supermodels’ clout can do for a brand and vice-versa. This iconic collection released a number of signatures for the brand. The word ‘Kurta’ originates from the Persian word for a ‘collar-less shirt’. This rectangula I am a 90s kid, and no other style speaks to more than grunge. The g