“The world is changing and we have to be brave.” – Alessandro Michele

Perhaps change is what is making artists move out of the ordinary and deal with the new, the extraordinary and the unexpected. Interesting signs have always been a part of the design process but in recent years, they have translated into being the design, quite literally. In the two years that Michele has spent at the helm as Gucci’s head, the brand has seen a series of riveting references, such as tiger heads that pay ode to Greek Gods, the Gucci Garden and its spread of flora and fauna, with mighty snakes and bees, flowers and stars acquiring spaces alike.

The latest sign to join the ranks of extraordinary is the ‘Lilith’ bag, a feminine accessory with a metal-eyed kingsnake, also claimed to be the “new Gucci symbol” on the brand’s website. A symbol of sensuality and rebirth, the serpent is indeed an apt choice.

While Michele leads with inspiration from ancient cultures and mythologies, his contemporaries too have not been too far behind. Dolce & Gabbana’s ‘Tropico Italiano’ had a more playful, fanciful spread recently: prints of pizza, fish, gelato and cocktails along with vintage dishware and floral motifs completed the idea of a Roman holiday. The traditional bread and pasta icons were accompanied by religious iconography, think beautifully gilded rosaries. 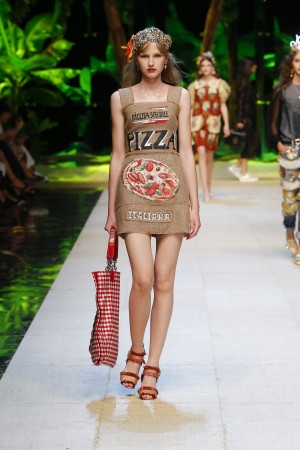 Ricardo Tisci, on the other hand, chose to work on stars and the ‘Eye of Providence’, an all ‘seeing’ eye used as a talisman by ancient Egyptians, a symbol often associated with afterlife. It’s not just Givenchy; such embellished eyes have also been a part of collections by Alexander McQueen and Chanel. 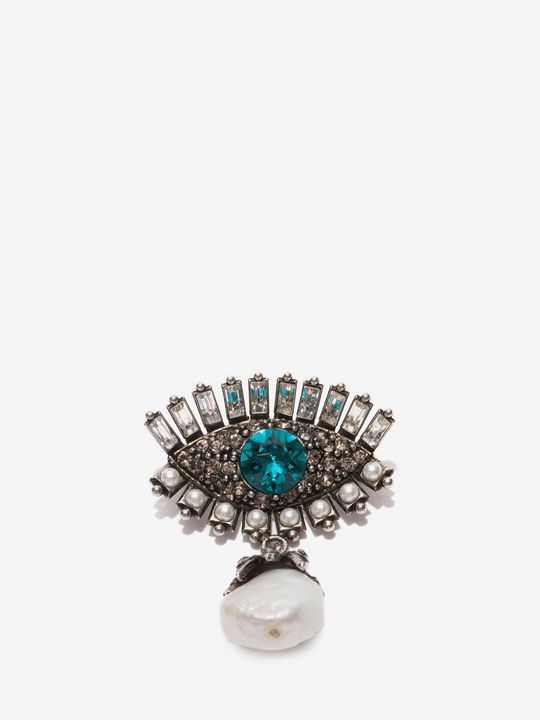 The modern iconography is perhaps being used to expand creativity and broaden horizons, whilst also proclaiming things that words fall short for. Either way, we remain bewitched.

How to wear the Pantone colour of 2017: Greenery Kate Spade was right when she said that “