The 1930s was the period of The Great Depression, people faced economic difficulties but it was no hurdle for fashion to evolve. Women still loved keeping up with trends and a reasonable amount of money was also spent on grooming like make-up products and occasional salon visits. Fashion in the ’30s was defined as elegant and refined.

Fashion took a curvy turn with more defined dresses replacing the square-shaped drop dress style of the ’20s. Long dresses ending at mid-calf length, cinched at mid-waist with a band or matching belt, and flaring down below the hip was a typical 1930’s daywear dress. Sometimes sleeve was a significant aspect of the dress with wider puffed, ruffle or bishop sleeve style, and wide lapels on the neckline to make the waist look cinched. 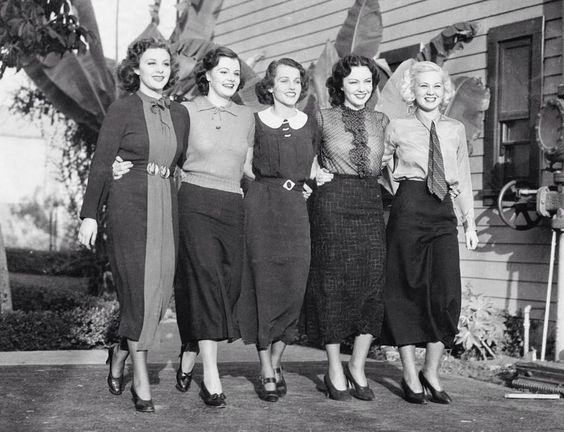 The evening dress style of the 1930s is often linked to the red carpet gowns we spot today. Eveningwear dresses were similar in silhouette to a day dress, more fitted and defined especially at the waist. Women wore bias-cut dresses, in satin, velvet, or metallic lame with layers of flounces and small trains attached to the gown. Evening gowns had modest low necklines or halter neck with backless style. 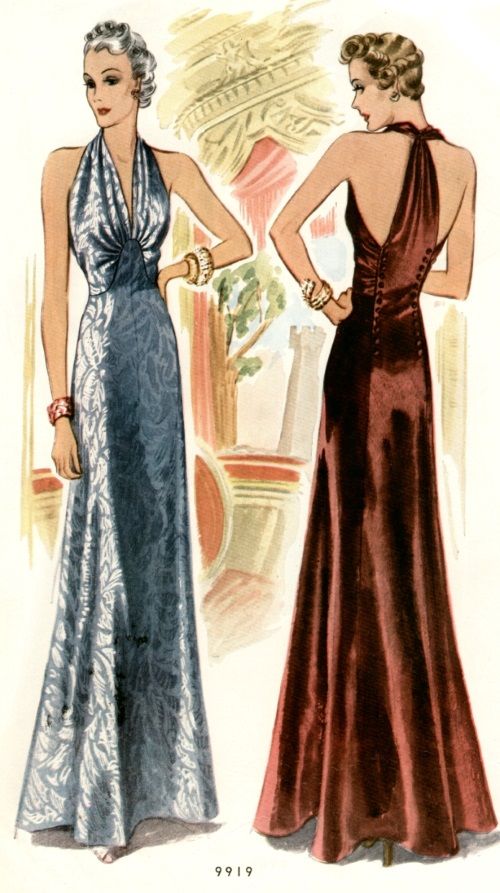 It is the year of Androgyny style, Women wearing pants was becoming more common and accepted in certain social situations in the 1930s, unlike the earlier era where women wearing pants were seen as rebellious. For sports activities, Women chose wide legged pants with a crease in front that resembled culottes, with a casual jacket. Some pants were so wide they almost looked like a skirt. Women also wore palazzo pants, and overalls occasionally. 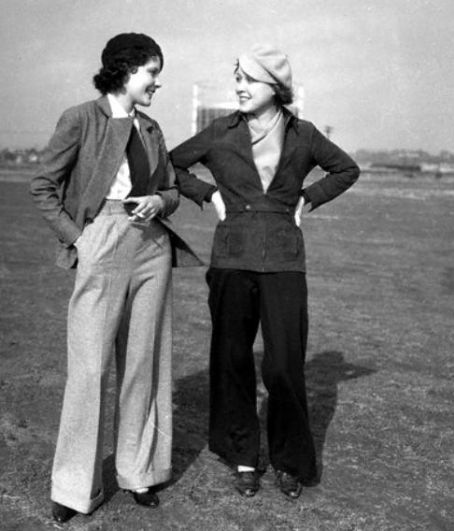 For outerwear Long coats nipped at the waist, full shoulders with puffed sleeves were in trend with detachable fox fur collar in the 1930’s era.

The 1930’s era was one of the important eras in fashion as man-made fabrics like Rayon, viscose, and nylon were replacing natural fabrics like silk and cotton. Ready-made clothes were also becoming more popular making them cost-efficient because of their high quantity production, replacing handmade clothes.

Coco Chanel’s, ‘Little Black Dress’ was also released in the Great Depression era. It made its first appearance as a sketch on Vogue magazine in the ’20s but came to life and popularized in the ’30s.

Glove or gauntlet glove at mid-arm length was the main element of every woman’s daytime attire. Elbow-length gloves were preferred for eveningwear but many would prefer bare arms for evening attire. Small hats like a pillbox, toque, Basque beret worn at a tilt with an accent of a feather. Turban was also a famous choice among women in the 1930’s. Wedge shoes or T-strap dance shoes with cutouts were very famous. Cutout and broguing on a shoe was a special style of the 1930’s era. Due to low budget women sort to rhinestones for ear, neck, hand, hair, and dress jewelry for their sparkly shine.

Much like our current makeup trends, the ’30s was the era of false eyelashes. Pale face, bright lips, permanent wave, and bleached blonde hair were famous makeup and hair trends in the 1930s. 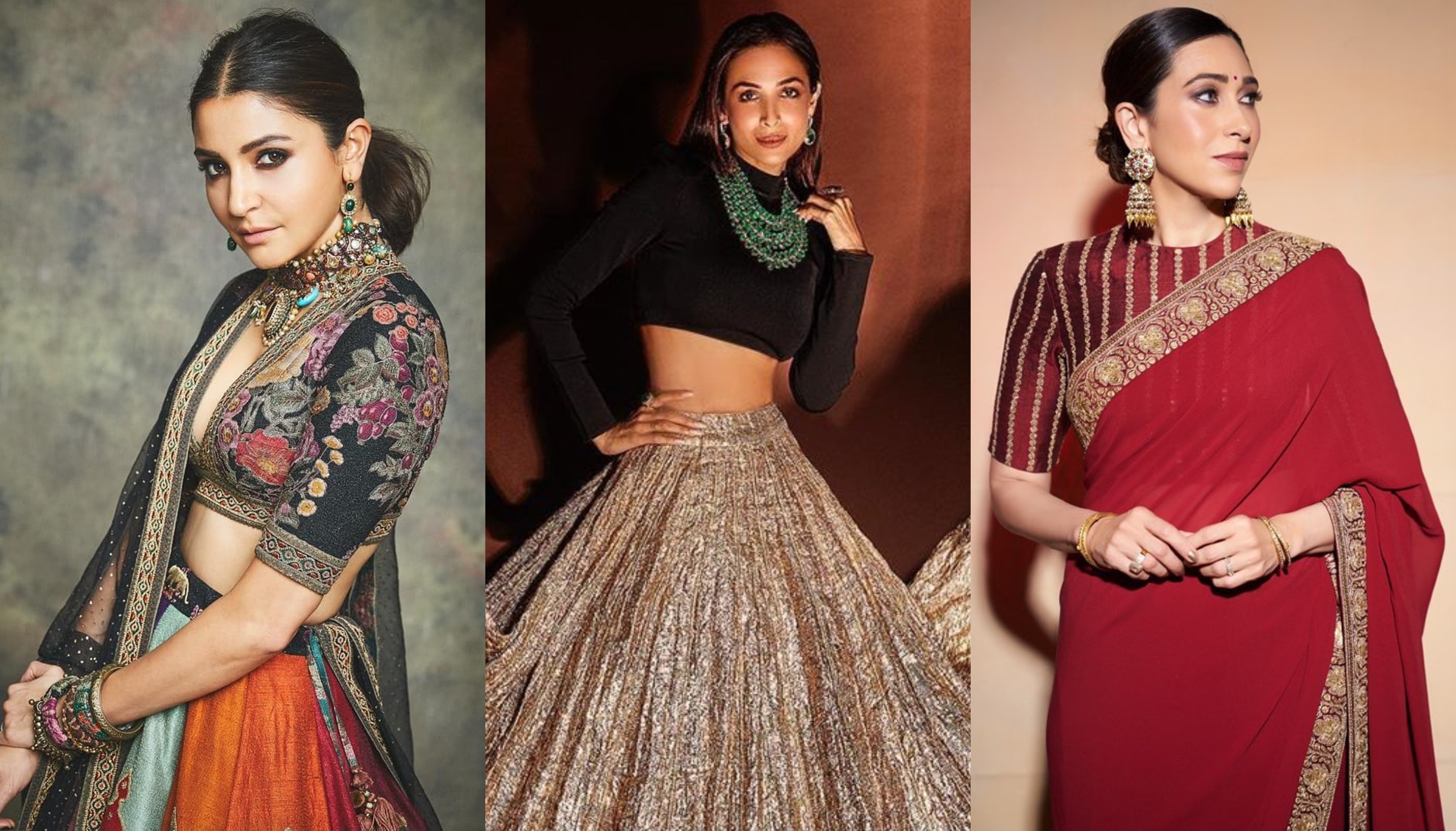 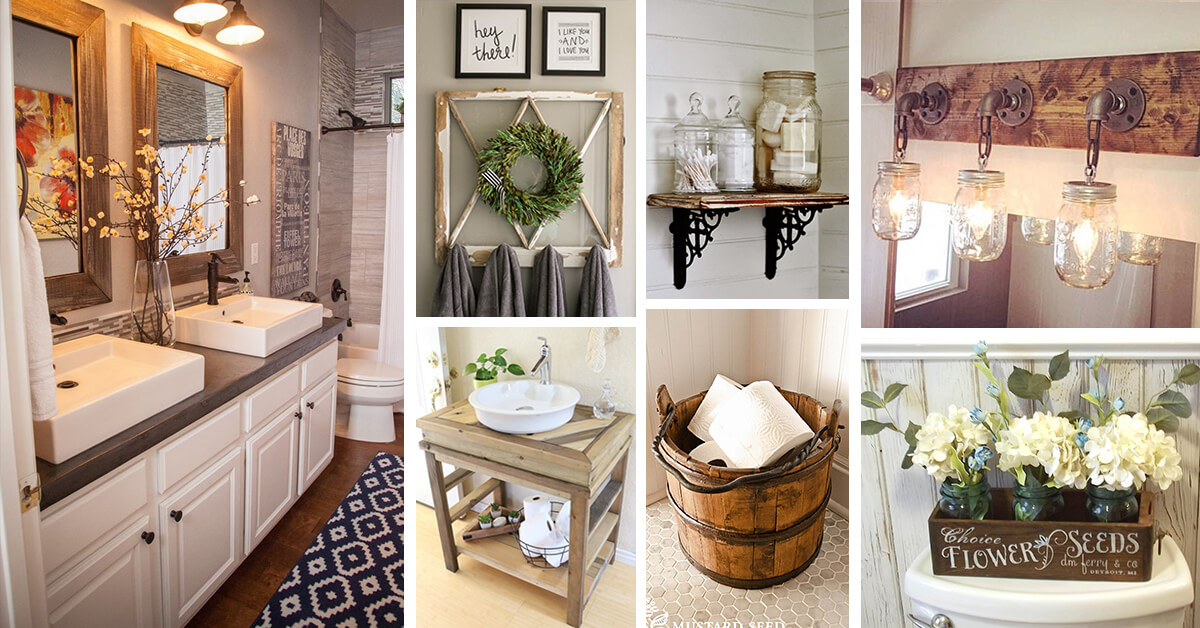 Most important and useful space of our house is a bathroom, yet the

SHOPPING AMIDST PANDEMIC, A YES OR NO?

As months pass by working from home and with little to no social gatherings, it ...

Home sweet home! A house becomes home with love and affection of our dearest ones. ...