A long line of celebrity showstoppers, expertly edited designer presentation, and high-octane shows makes Lakmé Fashion Week one of India’s most anticipated fashion events. Although themed winter-festive, the recent LFW 2016 (August 24-28) witness a profusion of dark, dull undertones, and handloom-inspired collections. Let us uncover the top trends seen at this edition of the five-day extravaganza. 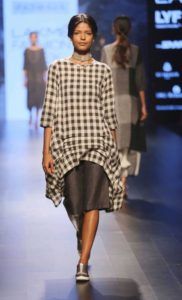 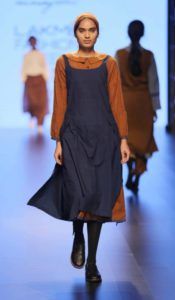 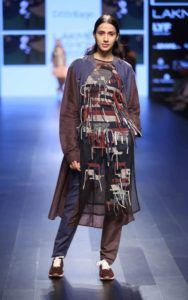 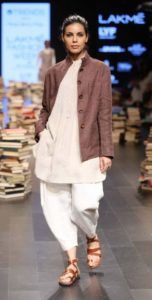 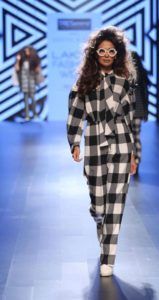 This season saw a number of designers defying gender roles, offering collections for those who do not differentiate. Rajesh Pratap Singh presented minimalist and extremely neat Punjabi Suits for both men and women in a high fashion avatar while Ashish N Soni was a dapper show of women in pantsuits. Genderless, androgynous sensibilities were also visible in the collections of Kallol Dutta and Huemn. Powerful masculine attributes were also evident in Payal Khandwala’s designs. 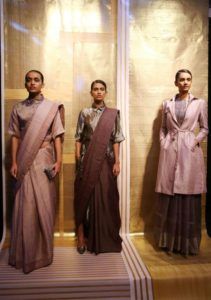 The Sari In Us By Anavila 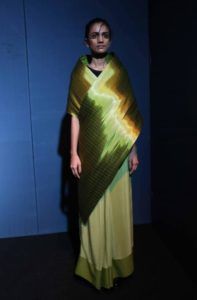 The Maze by RImzim Dadu 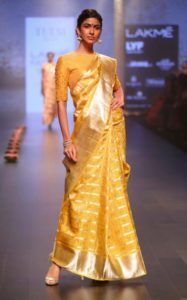 The saree was ubiquitous at fashion week, seen in varied forms and shapes. From Tulsi Silks’ showcase of Kanjeevaram silks to Sanjukta Dutta’s silks, and Gaurang’s Benarasis among others celebrated traditional drapes in new-age forms. The drapes were also a fixture in the finale by Sabyasachi Mukherjee. Other notable designs were spotted at Raas by Swati Vijaivargie (raw silk and mooga silk sarees), metallic sarees The Maze by Rimzim Dadu, Payal Singhal, and a street style inspired The Sari in Us collection by Anavila. 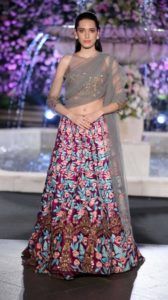 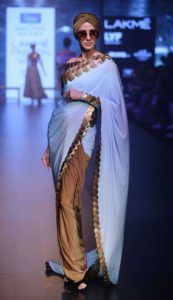 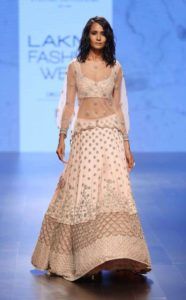 From Indian textiles, prints, motifs, styling, and designs, India was one of the most dominant influences at Lakmé Fashion Week. Case in point: Manish Malhotra, Anushree Reddy, Payal Singhal, SVA by Sonam and Paras Modi, and more. Modern ethnics is a bona fide trend and even resortwear designers like Shivan & dedicated their collection to the destination Indian bride with Bikini sarees and lehengas for soon-to-be wed women. The unfortunate side-effect of an ethnics dominated runway was a lack of diversity among some designers. Formula One: Travel Capsule For the Singapore Grand Prix

One of Asia’s most vibrant and cosmopolitan cities, Singapore is a regular haunt for tourists. The

TOP 6 FASHION LABELS VOGUE FASHION FUND HAS GIVEN US

Vogue for thousands like me, has served as the pinnacle of fashion inspiration – I’ve ...