The current life in Quarantine has given me quality time to reflect on myself, go back to some long-forgotten hobbies, and try new ones too. Some days we are just swamped up with the 9-5 routine and all you want to do post this is make you a good meal and chill. Just like my old hobbies I wanted to revive some old favorites. That’s where it started all over again, right from Season 1 to Season 10.

F.R.I.E.N.D.S it’s not just a show it’s a mood. On good days or bad days, F.R.I.E.N.D.S has always been a stress buster, a series of happiness and laughter. You could watch it over and over again and still, it never gets old. That’s the beauty of this show that runs around the life of 6 F.R.I.E.N.D.S living in New York City, the show is all about friendship, love, and lots of pizzas.

F.R.I.E.N.D.S was made in the ’90s but fashion still inspires us to date. Trends may change but the iconic fashion moments from this famous sitcom remain forever. Which character could you relate more to? Was it Rachel in her mini skirts and smart formal attire or Monica in her sexy dress and denim-shirt attire? Is it Phoebe in her carefree bohemian look or Ross in his leather pants? Is Chandler’s 9-5 formal look more relatable to you or Joey in his charming aura and pullovers? Come let’s look back and take inspiration from the top fashionable looks from F.R.I.E.N.D.S. I’ll be there for you.. Did you also start humming the song already?

Rachel’s style stood out of all the 6 characters in the show, mostly because of her bubbly nature, her beauty and grace that she carried each outfit with, and also the obvious, her inclination towards fashion, the industry she worked in. From mini skirts, PJ’s, dresses, dungarees to chic formal wear, Rachel won our hearts. 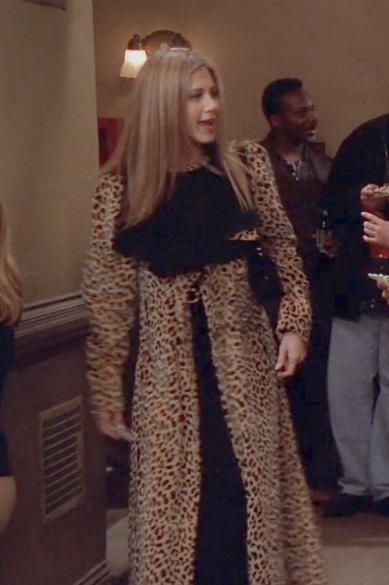 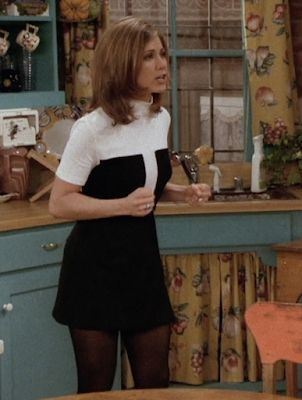 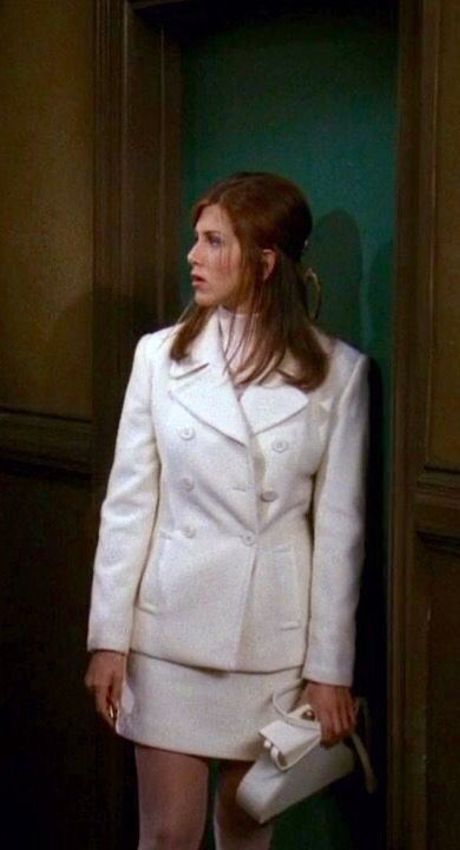 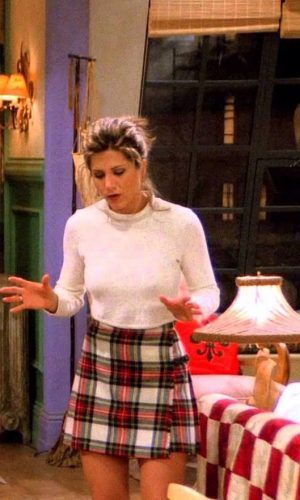 Monica’s character could be every mother’s favorite, her pro cooking skills have appealed to us through the screen and her OCD for cleanliness got us feeling guilty haha. Monica made a major transformation from a chubby high school girl to a healthy fine lady in her adult life, thus her style involved baggy shirts, chic clean lines sleek dresses, and also many red dress moments. 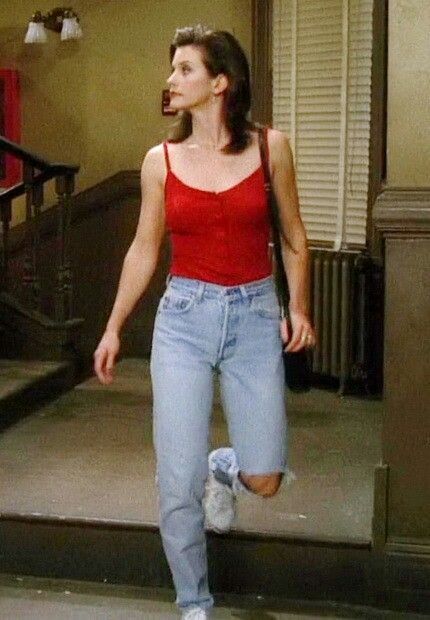 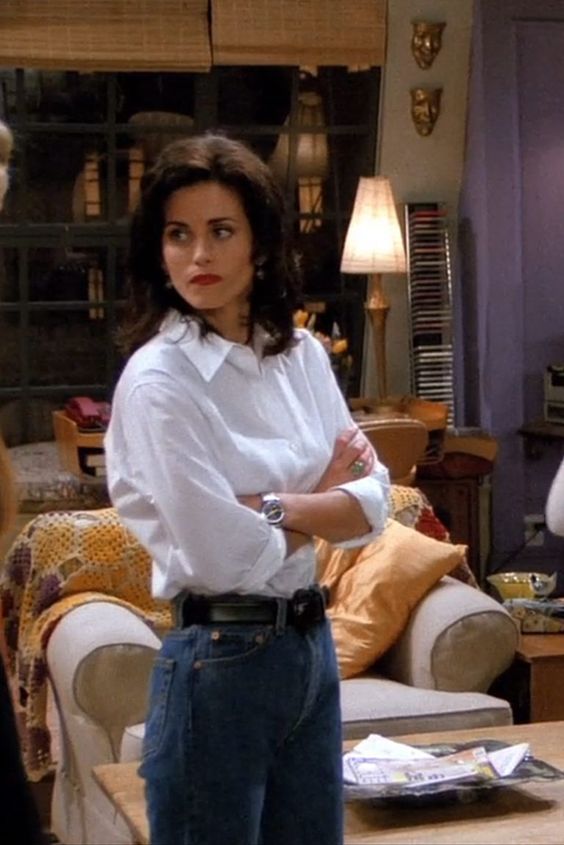 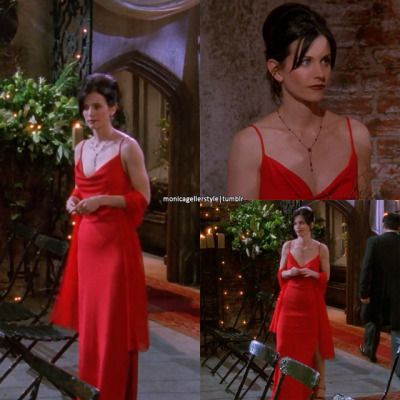 Phoebe had a tough childhood living off the streets and then transitioned to becoming a self-dependent woman, but what did she carry along the years was her free-spirited soul that was evident through her clothes. Phoebe refrained from all things leather, fur, and all animal skin products; her boho-hippie style was well portrayed with flowy dresses, up-cycled outfits, floral prints, and suede jacket. 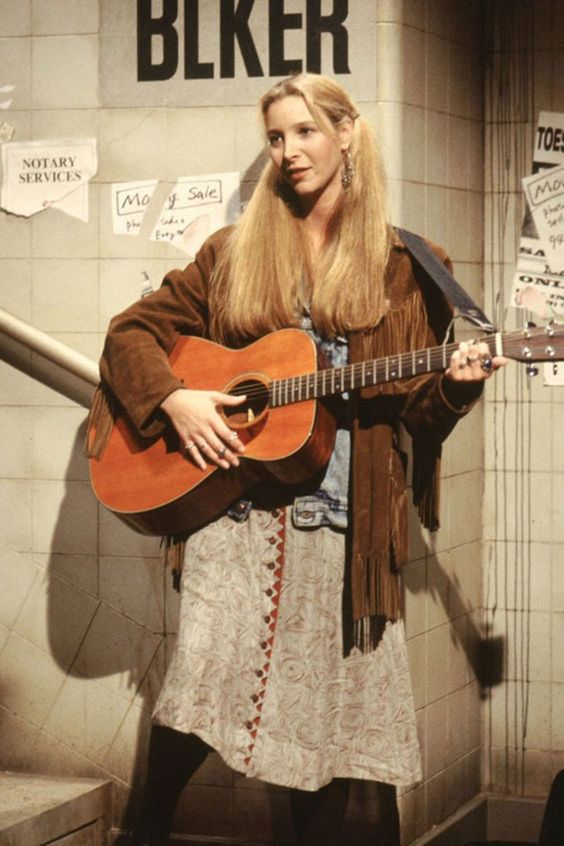 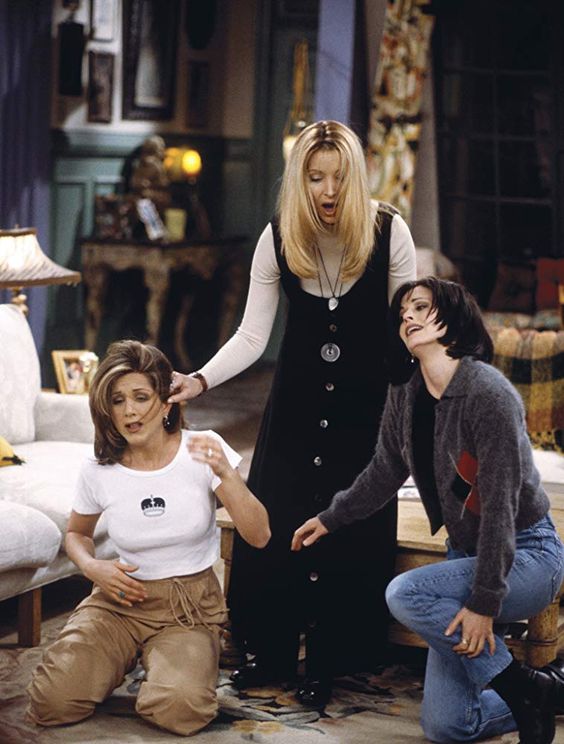 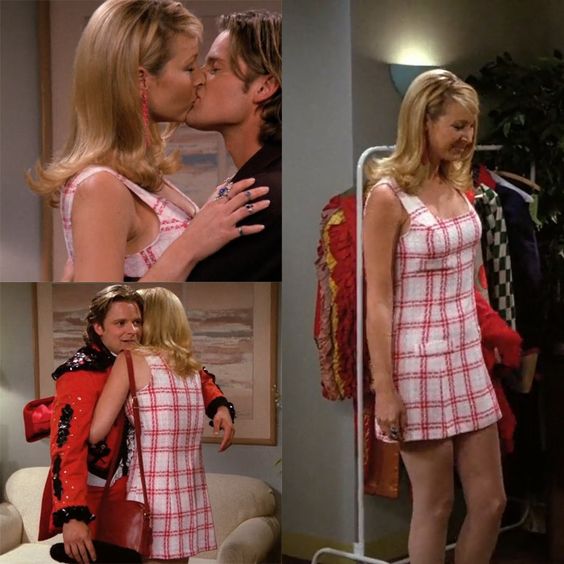 Ross’s body structure was athletic and built but it was concealed with baggy shirts, denim, and padded oversized jackets. Also, there was one such look that we can never forget, the one where he wears leather pants, iconic but since then leather pants are still not famous choice among men, guess it all started with Ross’s date nightmare? 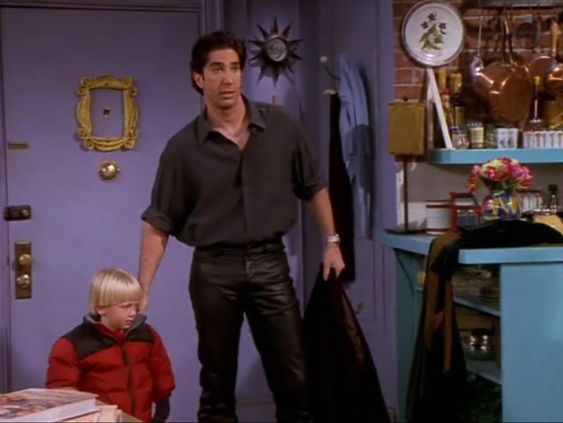 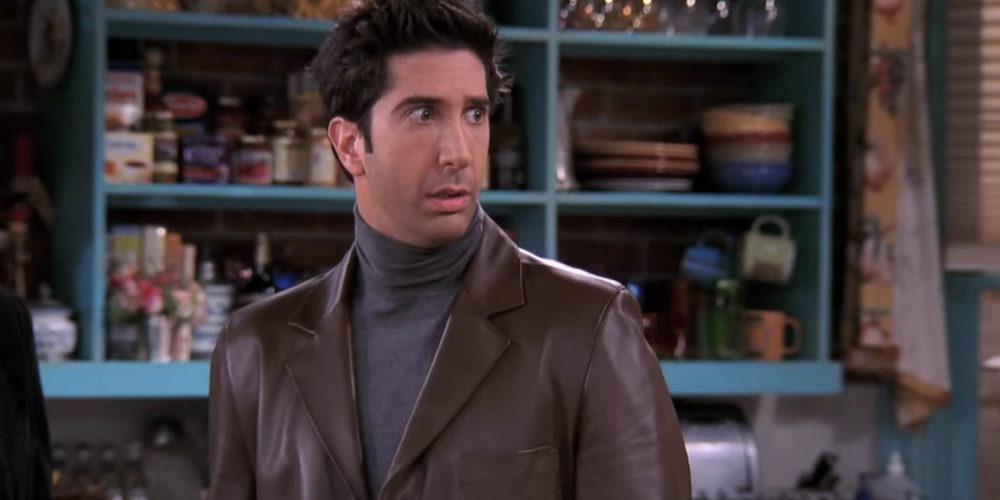 Even to date many struggles with Chandler Bing’s job role, what was he? ‘A transponster?’ Well, Chandler worked in statistical analysis and data reconfiguration. His job description and outfits definitely suggested that he had a highly regarded professional job. Chandler is seen in a formal suit or formal shirt, tie and pant most of the time, other times he’s dressed casually and in simple styles, his style was simple and not the experimental high fashion kind. 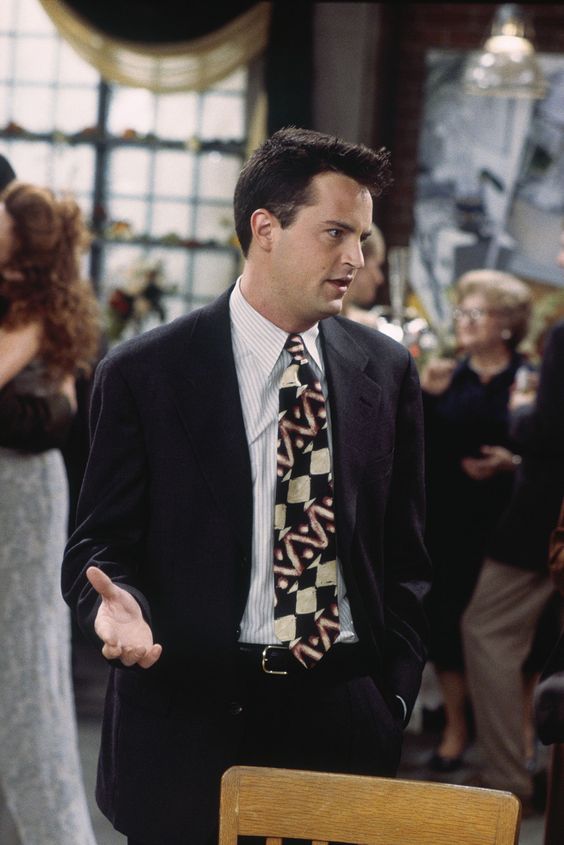 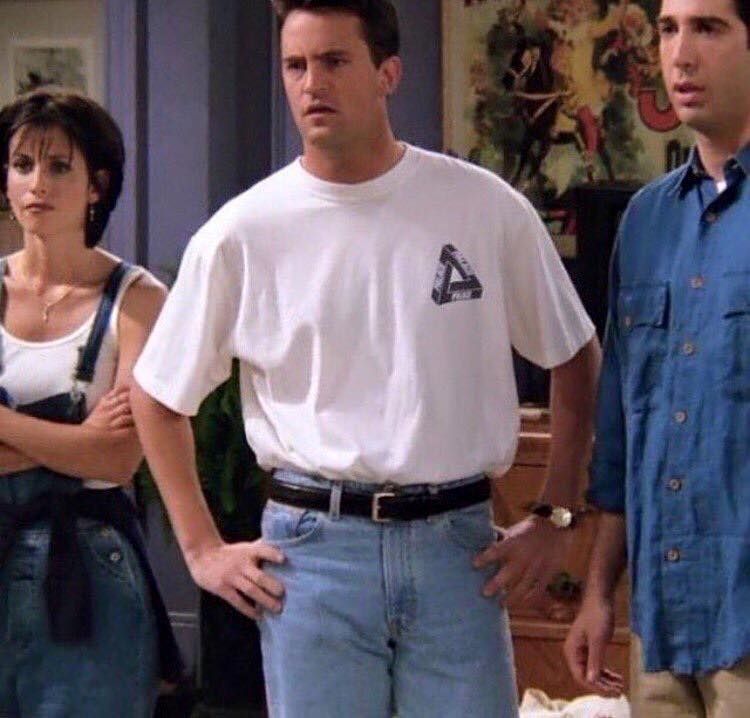 Joey loves food and we love Joey. Joey’s character had a different charm, he was a struggling actor but he was also the ladies man. Joey’s family background was Italian and we could see the instances in his choice of clothes like turtle necks, T-shirts, leather jacket, pullovers, overall a handsome young man with his Italian roots trying to make it as an actor in Hollywood. 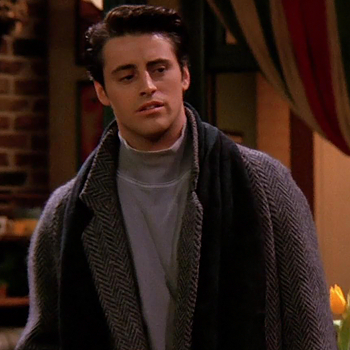 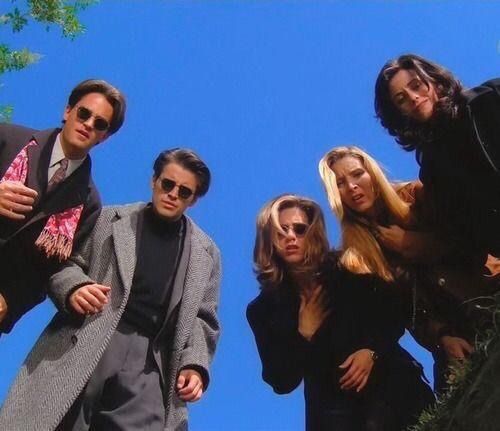 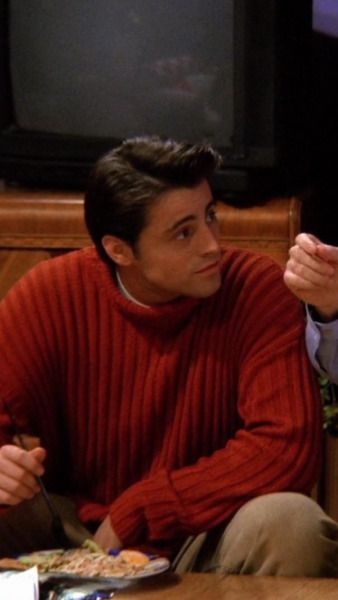 Well, that was a sweet walk down the memory lane. These were just a few fashionable moments from F.R.I.E.N.D.S. While every character’s style is unique, we are still able to relate to each of them at some level. Tell us whose style do you relate to the most and whose style would you rather adopt? Below is one final picture of F.R.I.E.N.D.S all in one frame. In the last few months, our life-style has been changed absolutely. The fact that you are reading this article is proof that you have accepted that ...