Over the  last few decades , it has been heartening to increasingly come across stories of women who have charted their own course regardless of societal norms.  They have set their goals and have  head out to achieve them, despite all odds.

Be it heading out to space, starring in  sporting  glory often overshadowing their male counterparts ,in defense, deep tech , as entrepreneurs or  just by standing up for a cause  , Indian women too have   given us a million reasons to be proud .

Today being International Women’s Day , provides us with a perfect platform to introduce a few such  bold and brilliant women from our own city Bangalore. Women who have refused to conform to any  so called acceptable standards  of beauty , profession or passion  and have shown us that a woman’s potential is limitless. 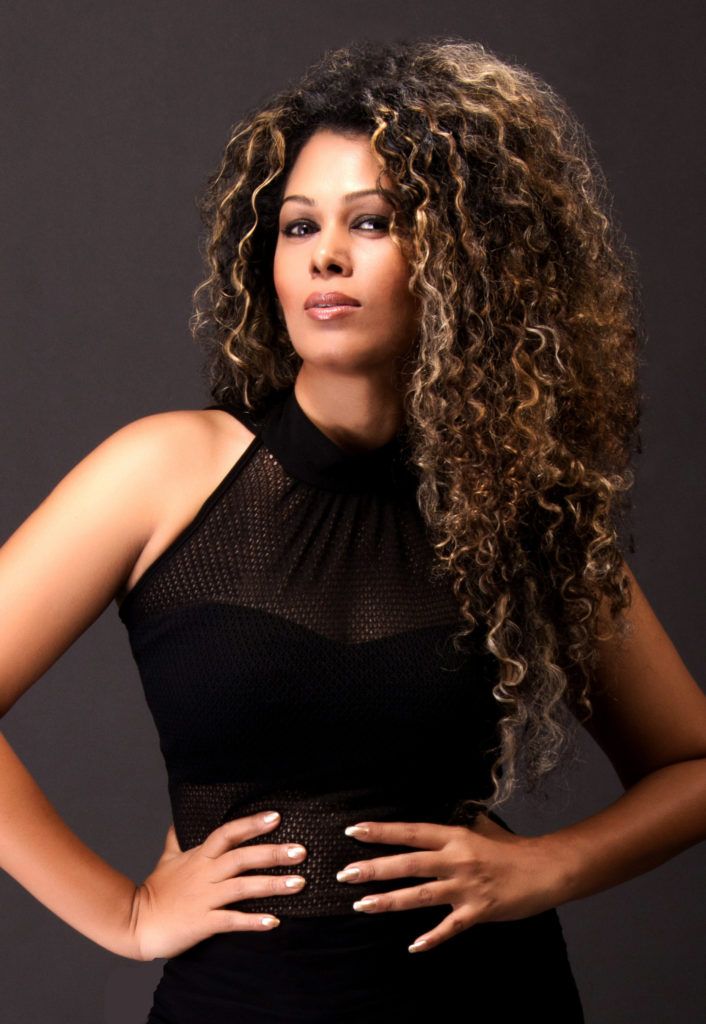 Designer, stylist, rallyist, actor, model, mother. Anitha Kholay has done it all. Between managing her brand- Anitha kholay: the Indian label, and her family, Anitha made sure to pursue her passion. With the help of her husband, Rupesh, she made her way into the racing sport and broke the cliche of women being terrible drivers. She now not only takes place in international rallies but also makes sure she wins them. Anitha kholay is one of the women who have set out to break stereotypes and inspire women to take charge of themselves. 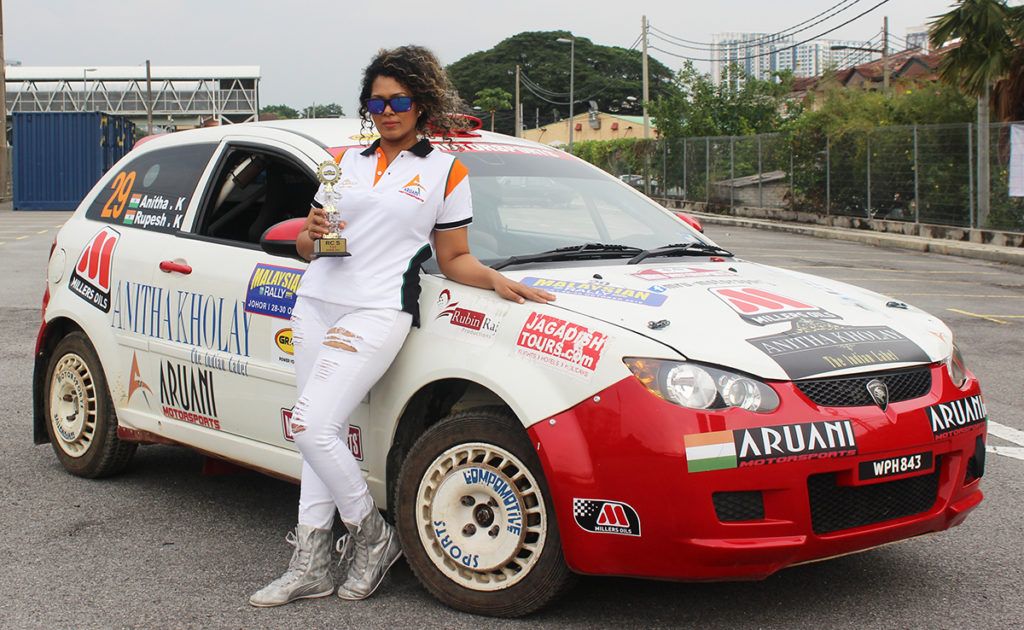 At age 15, Anitha took to  rallying and racing with her partner (future husband), who was equally passionate about the sport. They started racing on bikes as a team and eventually moved up to racing with cars. By 2003, Anitha started her own ladies teams and went on to become the first female racer to represent India in international rallies

With the feeling of achievement that came with each win, Anitha considered her winnings as a boost to aim higher. Although she took a break in 2007 to focus on her family, getting back behind the wheel made her feel wonderful and she is as passionate as ever to continue racing and running her business with ease.

With the support of dear ones, Anitha had the confidence to head out and achieve her dream. Her kids too are enthusiastic about seeing her behind the wheel which encourages her to work harder. As for those who oppose, Anitha doesn’t let them bring her down, her positive attitude helps her focus on her well-wishers and followers.

“To all you lovely ladies – believe in yourself and never give up because diligence is the mother of luck” Says Anitha. She believes that if you follow your dreams and strive to achieve it, nothing can stop you. She is always happy to see women achievers and would encourage other women to take on this sport as well. Bald, Bold and Beautiful! Babita set out to prove that you do not need thick and long hair to look beautiful. This designer, image consultant and mother knew where beauty lies and wanted to show her clients and followers that you can be beautiful with a bald head too. Her brand BAJA/WSol focuses on personal styling and designing garments for body conscious women. Babita looks to redefine beauty and helps her clients feel beautiful and content. 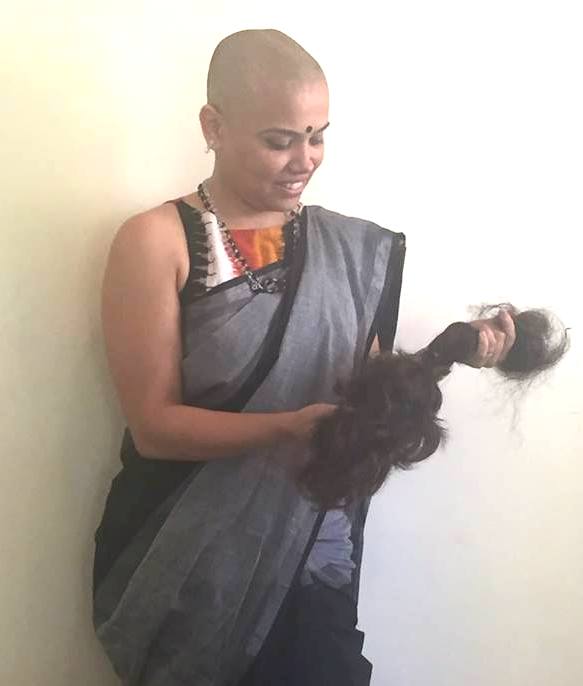 Although she wanted to make girls feel they don’t need hair to look beautiful, Babita had not put much though in making this decision. She believes in following her intuition and not looking back. The same could be said about the launch of her brand. She did not wait for opinions and approvals to start her own business.

Liberation and excitement- She absolutely loved her newly shaven head. Her kids had seemed to be as excited and they couldn’t be more thrilled to work their henna tattoos on her bare head, while supporting their mother with this decision.

Babita was never one to take on others opinions. “Its more like giving information than reciving advice for me” she says. Although her followers were thrilled, Babita didn’t care much for those who were against it.

“We let others control us” says Babita. She believes that women have the power to refuse being controlled by anyone other than herself and that every girl needs to stand up for herself and take charge. 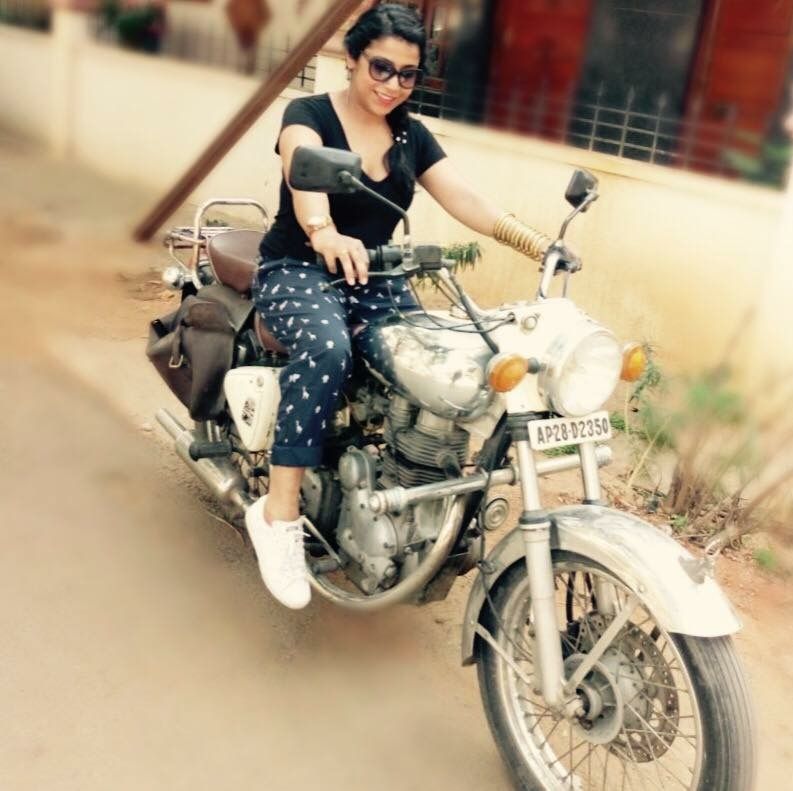 Having being inspired by Top Gun (the movie), as a kid, the character of Tom Cruise, urged Meghana to get on a bike at start riding at the age of 13. “If i cant fly a fighter jet, might as well ride a motorcycle” says Meghana, daughter to a fighter pilot(her first inspiration- her father).

“Empowering yet humbling. Feeling the wind blow against you surely gives a sense of freedom” says Meghana. Riding out in the city gave her a sense of pure unadulterated joy and the feeling of achievement.

Although a lot of close ones had opppsed of it, Mehana decided not to head to any of it. She choose to move on and embrace her passion for riding.

Meghana believe that  women rule the world these days and they think that we do not need a day to celebrate women and their strengths. “We are quiet humble that way” she says. While that may be true, Meghana also thinks that we have been held back for generations and that our social conditions allow us to rock the boat, but not capsize it. That is why this day holds great importance in acknowledging women and their  achievements in a male dominated world.

These brave and successful moms have set a great example not only for their own kids but also millions of girls out there who strive to have it all. This just goes to show, women are capable of anything if they just set their mind to it.

Girls, get out there, get inspired and aim high. Happy women’s day!

A bred-in-the-bone fashion enthusiast who also dabbles in designing and loves to travel. Currently working s a fashion consultant at elanstreet. 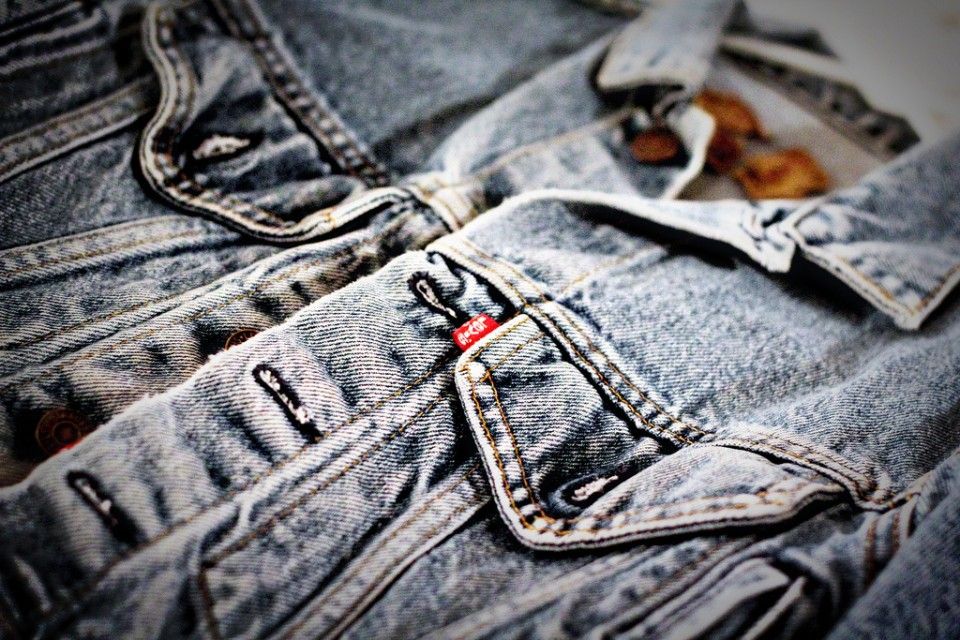 Yves Saint-Laurent once said, “I wish I had invented blue jeans: the most spectacular, the most pr BOLLYWOOD INSPIRED HOLI PLAYLIST TO GET YOU GROOVING!

The approaching spring breeze brings with it one of the major festivals of India- Holi! Mostly celeb