It may have been around for a while but in the past decade, street style has catapulted into a completely independent phenomenon, one which mainstream fashion, loves to hate and hates to love…. at the same time. 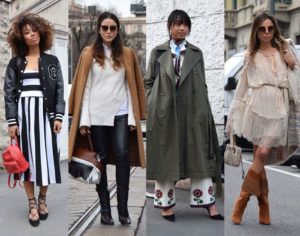 Going back in time, one can see the extent of it in popular subcultures such as the ‘Teddy Boys’,’Teddy Girls’, ‘Goths’ and ‘Punks’ to name a few. It was here that dressing up emerged as an art, one where people were encouraged to present their ideals and philosophies through their personality. It was not the same individualistic approach that we see in fashion today, but more of an allegiance to a community and its principles. Interestingly, most of the 20th century street fashion had its focus on emerging menswear style which  major subcultures promoted. Women’s fashion had changed significantly during World War 2, as more women began joining the workforces and fashion for them, became synonymous with comfort and functionality. Then in 1947, Christian Dior’s romantic ‘New Look’ was introduced and suddenly, there was a flurry of similar silhouettes, almost parallel to the fast fashion approach we encounter today. 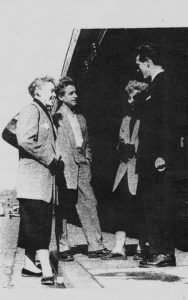 Teddy boys and girls…Early days of street style in Liverpool, 1953.

The 20th century fashion scene had a number of female photographers take lead, Helen Levitt and Diane Arbus being the artists of the times. It was in 1978 that Bill Cunningham started the ‘On the Street ‘ column for New York Times, pioneering the concept of clicking real people on the streets, a model later adopted to some extent  by Scott Schuman in his refreshing blog, ‘The Sartorialist’. 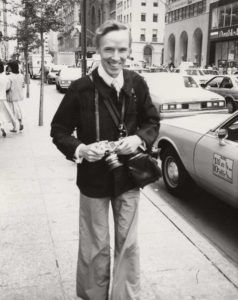 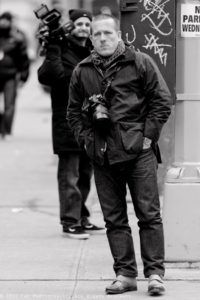 Designers inspired the masses in the times gone by to adapt trends, but in recent times, the process has become more collaborative. In the age of Instagram, high end fashion brands and couture houses are more welcoming to bloggers and artists than ever. Case in point: Gucci’s past collaboration with street artist Trouble Andrew, Dolce and Gabbana’s influencer led shows and front rows, and Vetement’s  unique design perspective that is famous for its street styled edge. Of course one cannot help but notice the tremendous contribution of bloggers such as Leandra Medine of ‘Man Repeller’ and Margaret Zhang of ‘Shine by Three’, who continue to promote an unconstrained dressing style through street culture. 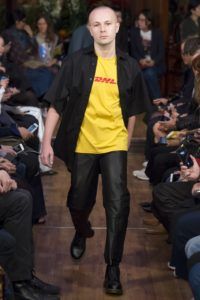 Today, street style captures most of, if not all the trending elements of fashion, giving us an overview into what might or what might not work in the coming times. Has the horde of street style enthusiasts increased over time? Yes, and so has the number of photographers dabbling in this genre. But while designers present their mindsets inside the gilded structures of fashion shows, the street is where a common man can look for unending inspiration. More than 47% of the Indian population is over 21 years of age, half

IN CONVERSATION WITH JEREMY CABRAL

The fashion scene is becoming more and more democratic by

Holidays are just around the corner; do you have a Europe trip planned with your loved ...

Gifts for his and her This Valentine’s

Tired of brainstorming? Still doesn’t have a clue what to gift your partner? Don’t worry ...

Over the last decade, more and more Jewelry Designers in India have come up with ...