The calendar’s biggest fashion month led us to Paris. Not all of us can make it to the French fashion capital, but technology has changed the very meaning of being present in spirit. For better (or worse) live streaming virtual and hybrid events, relentless browsing, and never-ending social media updates have altered the ways of fashion. 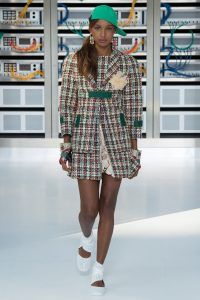 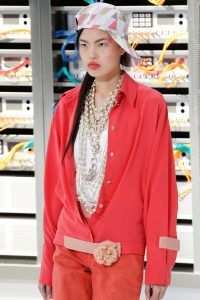 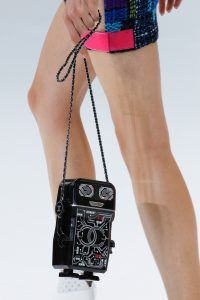 It was technology that inspired Karl Lagerfeld, as Chanel’s chunky knits and muted hues gave way to Insta-inspired prints, baseball caps, and robots. We will never know what Coco Chanel thinks of it, but front-row guests like Carla Bruni Sarkozy, Anna Del Russo, Patrick Demarchelier, and Lily Rose Depp nodded in appreciation.In admiration of the present, Stella McCartney’s show celebrated “the spirit of love and hope and being in the moment”. Natural fabrics in shades.

In admiration of the present, Stella McCartney’s show celebrated “the spirit of love and hope and being in the moment”. Natural fabrics in shades like tan, khaki, pale blue, and ruby red elevated with bold slogans; a dance routine by the models at the end left us beaming. 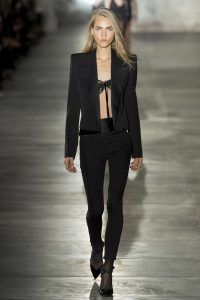 Fashion loves old faces in new environs. As Dior’s first female creative director, Maria Grazia Chiuri’s show was highly anticipated. “We should all be feminists” proclaimed the label’s most Instagrammed photos from the collection that included tulle skirts and breezy dresses. At Saint Laurent, Anthony Vaccarello’s bold showcase of black pantsuits, leather jackets, and plunging necklines, was as much ode to Versus (his previous workplace) as to YSL.  For his first solo show as Valentino’s creative lead, Pierpaolo Piccioli collaborating with British designer Zandra Rhodes for a beautiful display of prints. Now we know why experience is almost everything. 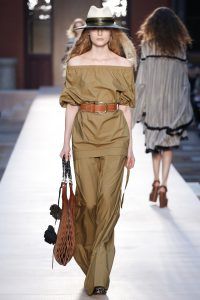 If Lagerfeld wagered on the future, Balenciaga’s creative director Demna Gvasalia tapped into the past, specially the 1950s to present broad shouldered coats and print endorsed clothing. While the newness of the experienced was scrutinized, the icons were not forgotten. Julie de Libran paid her respects to the late ‘Queen of Knits’ as models assembled on the runway to form a “RYKIEL FOREVER” formation. Sarah Burton was fashion’s favourite once again with her lace and leather mechanisms. McQueen would be proud. 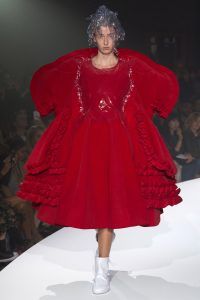 Not all rules are meant to be followed was what Rei Kawakubo had in mind. “Invisible Clothes” by Comme Des Garcons defied all norms of prêt clothing as models sauntered in clothes fashioned out of the contours of the body like wings. Emporio Armani returned to Parisian runways after 18 years, close to a store opening in the capital, showing off pyjama style and elevate the impeccable tailoring. We discovered that Elie Saab likes glitz and stars like Manish Arora loves his quirky clothing. Other notable collections included Louis Vuitton, Kenzo, Lanvin, John Galliano, and Paco Rabanne. 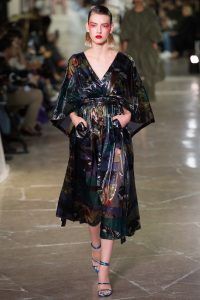 It’s only the hectic month that came to an end in the City of Lights. After all, fashion never halts. Bright eyed, we wait for the next big moment.

Paper Lust: Homegrown Stationery Brands To Add To Your Desk

Wordpad, keypad, iPad. What has happened to the notebook? If you find yourself pondering this, know 6 Indian Cities To Visit During Navratri and Dussehra

The festive season has officially arrived. Navratri, culminating in Dussehra, kicks off the year’s