We’re in the empire state of mind already, with New York fashion week ending just days ago, we’re all set to show you the goodies freshly delivered from the Big Apple! Grab your front row access. Let the show begin!

TREND NUMBER ONE – PLAID IT 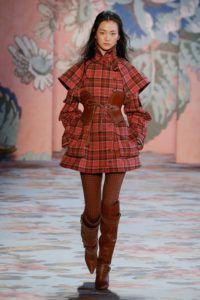 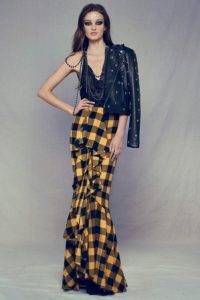 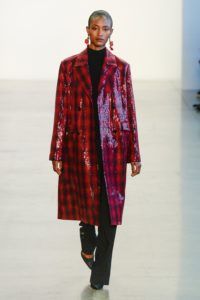 Adopted by names like Adam Selman, Bibhu Mohapatra & Prabal Gurung, this combination is all set to make waves this season. Washes, blends and fades are passé, fashionistas now want best of both worlds, in one! 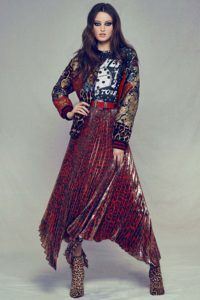 If this year has taught us anything, it’s to embrace our animalistic charisma. Take a cue from the double A’s Alice and Olivia & Adam Selman.

TREND NUMBER FIVE – BACK TO THE AGES 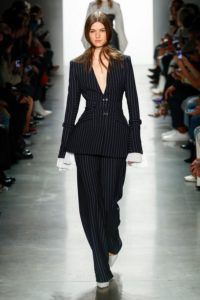 We may not have found a time- machine but, we sure did find the key to merging the two eras sartorially. Modern power suit with Victorian charms, is what elevates the outfit from the norm! Mix in this heady shade for an outfit that scores high on the fashion charts. Trust Jeremy Scott & PH5 to blaze the wave ahead with Popsicle hues and hallucinatory patterns. For the brave–hearted only! Nothing like a little support to lift your outfit to the next level! This year is the year of maximalists!  When it comes to prints, patterns or patches; it’s no holds barred!

Take a cue from the runway and make trends of your own! Remember to always mix it up! What not to do on Valentines Day 10 wardrobe essentials for every women

You do not need hundred clothes to make you look stylish. A smart woman knows how to deck up her war

THE HISTORY OF TIE-DYE

The word tie-dye became almost synonymous with the hippie movement that took place in America, ...