If fashion ever had a motto, it would be this. Discard stereotypes. Shun the conventional.  Keeping to this rule, the recently concluded New York Fashion Week SS17 had an element seemingly elusive in the industry—compassion. 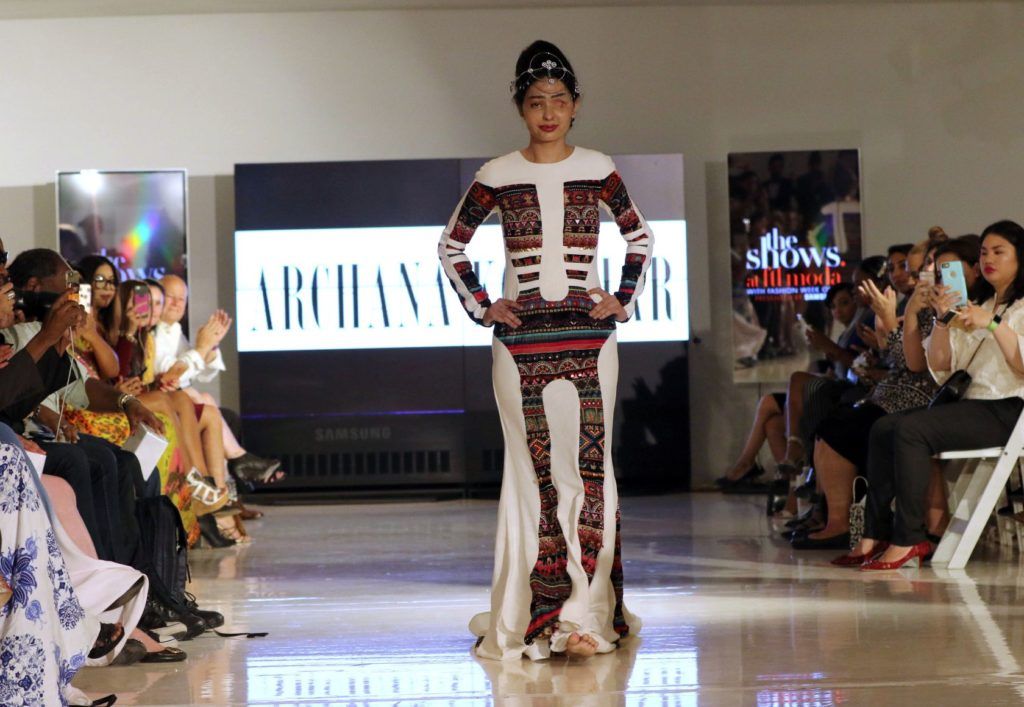 Fashion prevailed in a humanitarian form, as leading designers took the stage to pay homage before showcasing their work: Victoria Beckham with a minute of silence for 9/11 victims and Prabal Gurung starting with a note to his mother. Not far behind were photographers in trademark blue jackets, paying tribute to the late Bill Cunningham. It was also a moving first for the brave Reshma Quereshi, an acid attack survivor who captivated everyone when she took the ramp in an Archana Kochhar gown. 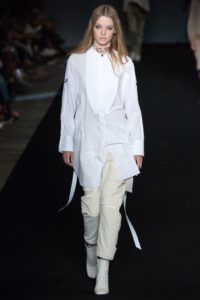 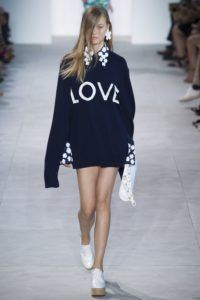 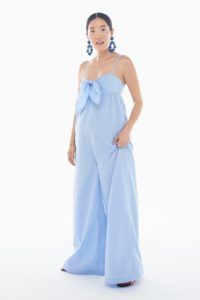 In another first, designers like Ralph Lauren and Michael Kors incorporated the new concept of ‘See-Now-Buy-Now’ shows.  Design labels like Rag & Bone showed their mastery of androgynous design, adding to the genderless clothing movement while J.Crew swapped models for their presentation with employees showcasing a collection fit for teenagers to women in their advanced years.

Introducing…D’Jakarta for @nyfw This time, Anniesa Hasibuan is back to NYC with D’Jakarta, the latest collection depicting colorful and vibrant world of this cosmopolitan city. Famously known for its unique styles reflecting the rich cultural diversity, this Capital of Indonesia inspires Anniesa to once again present another remarkable face of Indonesian stunning ethnic mosaics. For the patterns, Anniesa uses printing techniques for belt and batik to add the Indonesian touch and her bold signature characters. As for the colors, earthy tone combined with gold, green and peach, will dominate these intricate designs. Anniesa Hasibuan is again collaborating with WARDAH make up art, which is the original cosmetic from Indonesia. Sharing the same vivid vision and mision, both Anniesa Hasibuan and Wardah are proud to show the beauty of Indonesia to the world. NYFW the show for Spring Summer 2017 Collections at The Dock, Skylight Moynihan Station NY, 8 PM.

A surge of new designers, like Bonnie Young and Michelle Aznavorian, made their mark. A motivated design aesthetic dictated many new designers. Indonesian designer Anniesa Hasibaun showcased an impactful hijab collection, never seen before on the New York runway. The young studio team at Oscar de la Renta carried on the designer’s legacy and present a full-fledged collection without a senior creative director—as models waltzed down in chic dresses and separates, there were, without a doubt winners in both instances. A new army of supermodels followed suit, led by Bella Hadid who walked for DKNY, her first time for the house. Starting young and fresh was Sara Grace Wallerstedt, a high school flair who debuted for Proenza Schouler and model Camilla Deterre, whose dark circles and no makeup routine is already trending in fashion circles.

New York City is my home. It’s where my heart is. It’s my nest. xo RM #neverforget

Set design in NYFW was a study in innovation, be it Tommy Hilfiger’s Ferris wheel incorporating pier for his collaboration with supermodel Gigi Hadid or Rebecca Minkoff’s street affair in Soho. Kanye West’s outdoorsy programme was long delayed and guests, in empathy, could not refrain themselves from offering water to dehydrated models. When model Amina Blue took off her heels because they were too uncomfortable, the question of feasibility and fashion rose once again.

The notion of liberation by breaking away has always been in vogue. After all, isn’t fashion all about breaking the rules to give way to new ones? Whatever the case may be, NYFW was filled with triumphant homages, lineups, dressmakers, models, and a spirit of fellowship. 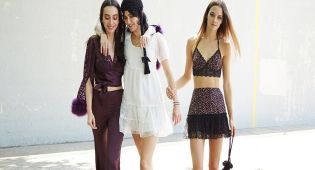 Dress Busters: How to Wear It In Not So Girly Ways

Is a girl’s wardrobe ever complete without a little black dress?

Visual Play: How to Use Optical Illusion For Your Body Type

Did you think optical illusions just made for eye-churning gifs and puzzles? They can also do a mean

FASHION TRENDS 2018: WHAT TO EMBRACE AND TO AVOID

Taylor Swift launched her latest song "Look what you made me do" last Sunday at the ...